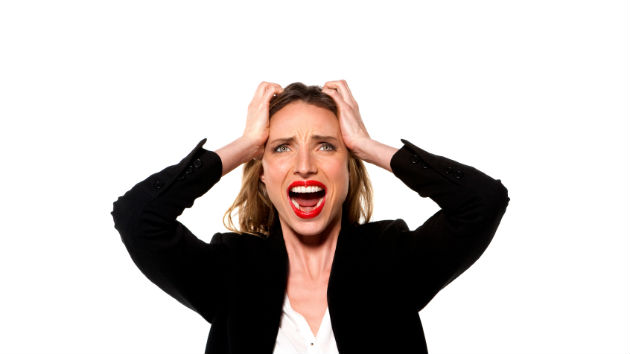 In 1963, President John F. Kennedy signed the Equal Pay Act, a law meant to close the wage gap between working men and women. But more than 50 years later, women on average earn just 79 cents for every dollar paid to men. And according to a new report by the National Partnership for Women and Families that was released before National Equal Pay Day on Tuesday, the persistent wage gap means women lose a combined $500 billion every year.

“It is unacceptable that the wage gap has persisted, punishing the country’s women and families for decades,” wrote Debra L. Ness, president of the National Partnership, in a press release. “At a time when women’s wages are so critical to the economic well-being of families, the country is counting on lawmakers to work together to advance strong, fair and family friendly workplace policies that would promote equal pay.”

The National Partnership used Census Bureau data to analyze the wages of workers in every state and Washington, DC, and broke down the numbers by state and congressional district, as well as by demographic information. Louisiana has the biggest pay gap (women there are paid 65 cents for every dollar), and DC, with just a 10 cent difference, has the smallest.

That’s costly for families, many of which rely on mothers as the sole or primary breadwinner. According to the National Partnership, mothers are the heads of households in nearly 40 percent of families. Yet the wage gap for mothers is even larger than for women overall: Women with children are paid 71 cents for every dollar paid to fathers, and single mothers make only 58 cents for every dollar to fathers.

Wage inequality got national attention in March when five high-profile players on the women’s national soccer team filed a complaint with the federal Equal Employment Opportunity Commission accusing the US Soccer Federation of gender-based wage discrimination. The players—who last year brought in their third World Cup gold medal and are projected to rake in $18 million in revenue next year—say they are paid four times less than their male counterparts.

“Simply put, we’re sick of being treated like second-class citizens,” wrote Carli Lloyd, who scored a record-breaking hat trick in the final World Cup game against Japan last year, in a New York Times op-ed on her decision to file the complaint. “It wears on you after a while. And we are done with it.”