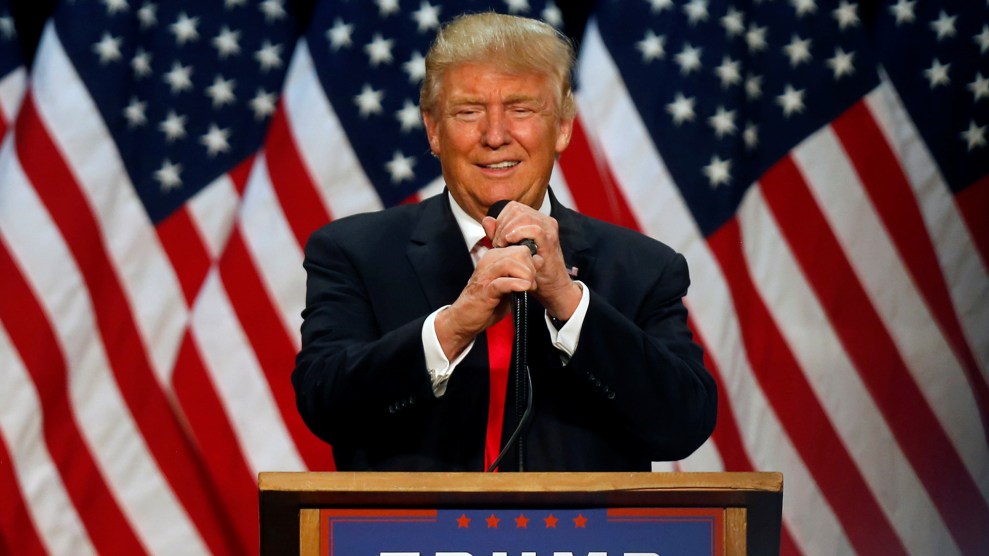 Last week, Donald Trump promised he would soon go after Hillary Clinton by dredging up Bill Clinton’s past affairs, and boy did he deliver Monday morning. Trump posted an ominous video on Instagram that starts with a black-and-white photo of the White House as various women describe allegations against the former president. “No woman should be subjected to it—it was an assault,” one woman says. Then the image slowly fades into a cigar-smoking Bill Clinton.

The video closes with a picture of Hillary and Bill sitting together, superimposed with text asking, “Here We Go Again?” There’s audio of Hillary cackling.

Trump has a troubling history with women, so this line of attack has a certain irony. As The Daily Beast reported last year, Trump’s ex-wife Ivana* once said he had “raped” her while they were married—later distancing herself from that term, but still claiming that she had felt “violated” by her then-husband.

His regular disparagement of women—and persistent need to critique them based on their appearance—has been an issue throughout the campaign. And an extensive New York Times investigation into Trump’s behind-the-scenes conduct around women in his personal life and professional life concluded that his history is filled with “unwelcome romantic advances, unending commentary on the female form, a shrewd reliance on ambitious women, and unsettling workplace conduct.”

Clinton told CNN last week that she planned to avoid responding to Trump when he leveled attacks against her for Bill’s affairs. “I know that’s exactly what he’s fishing for,” she said, “and I’m not going to be responding.”

Correction: An earlier version of this article mistakenly referred to Ivanka Trump, who is Donald Trump’s daughter.