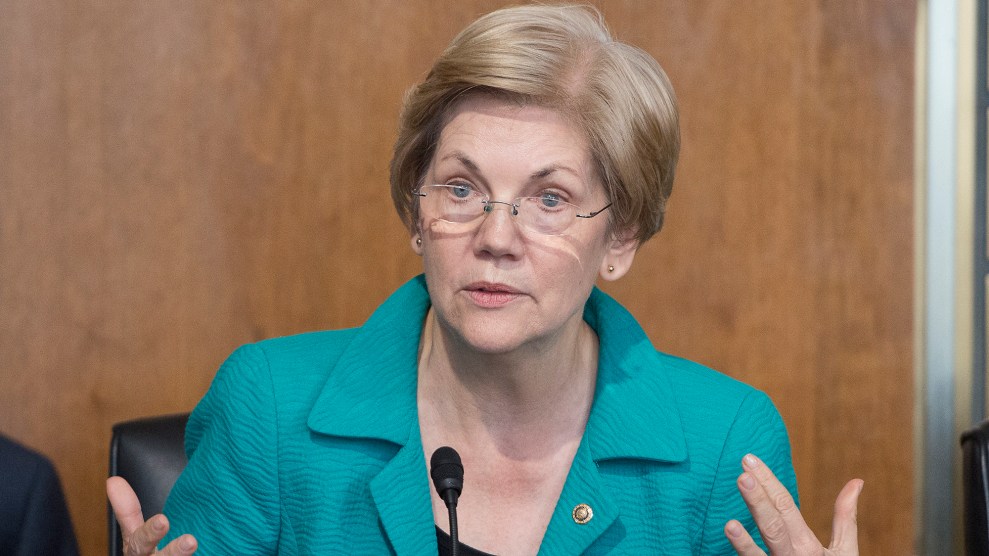 “Clinton has a new weapon against Trump: Elizabeth Warren,” a Washington Post headline proclaimed Tuesday. That story referred to a blistering denunciation of Donald Trump that Warren delivered on Tuesday, just one example of the liberal favorite’s increasing willingness to jump into the presidential campaign fray. The consensus around Warren’s recent attacks on Trump, on Twitter and elsewhere, is clear: She’s positioning herself as a prime attacker to hit Trump on behalf of Hillary Clinton in the general election.

But there’s one problem with painting Warren as a Clinton surrogate: The senator from Massachusetts has not yet actually endorsed the likely Democratic nominee.

The fact that Warren has endorsed neither Clinton nor her primary opponent, Sen. Bernie Sanders of Vermont, makes her an outlier in the Senate, especially after Sen. Bob Menendez of New Jersey endorsed Clinton on Wednesday. Of the 44 Democrats in the Senate, Warren is now one of just two who have yet to state their preference between Clinton and Sanders. The other is Jon Tester of Montana, who has made it clear that he won’t be endorsing in the Democratic primary. (Sen. Angus King of Maine, an independent who caucuses with the Democrats, has also not endorsed.)

Even with Warren sitting things out, Clinton isn’t hurting for Senate endorsements. She’s won support from 41 senators. Sanders, on the other hand, has struggled to win over his colleagues. So far, he has been endorsed only by Sen. Jeff Merkley of Oregon.