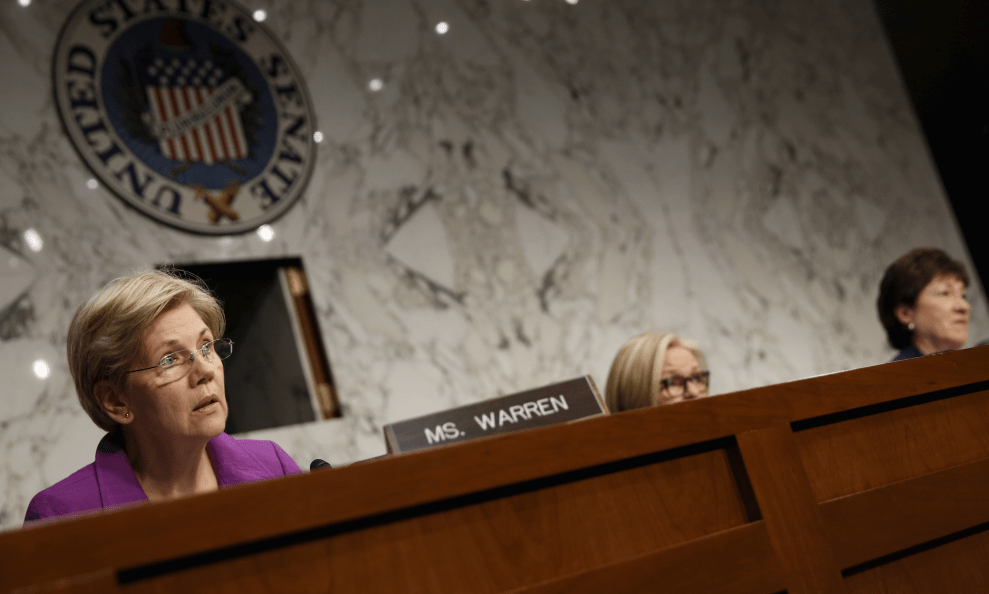 Providing Donald Trump a rare moment to recover from her recent social media blitz, Sen. Elizabeth Warren on Thursday turned her attention to the multi-billion dollar workplace known as the gig economy, and warns about the growing number of modern firms that fail to provide workers with their fair share of benefits, not to mention profits.

In a speech titled “Strengthening the Basic Bargain for Workers in the Modern Economy,” that she delivered at the New America foundation’s annual conference, the Massachusetts senator said that while gig economy companies should be lauded for their technological advancements and creativity, these companies actually replicate traditional workplaces by embracing an “outdated benefits model” that ultimately locks low and middle income workers from obtaining true economic security.

“I believe we start with one simple principle: all workers—no matter when they work, where they work, who they work for, whether they pick tomatoes or build rocket ships—all workers should have some basic protections and be able to build some economic security for themselves and their families,” Warren said. “No worker should fall through the cracks.”

Warren went on to propose a number of ways in which these companies can move forward to implement new changes, and even accept future regulatory action.

Her remarks come on the heels of a major class action lawsuit that forced Uber, perhaps the largest gig economy firm valued at an estimated $60 billion, to pay $100 million in lost wages to thousands of drivers who claimed they were wrongly classified as independent contractors—a status that allows companies like the ride-hailing app to avoid providing workers benefits such as health insurance and overtime pay.

“If this country is to have a strong middle class, then we need the policies that will make that possible,” Warren said. “That’s how shared prosperity has been built in the past, and that is our way forward now.”