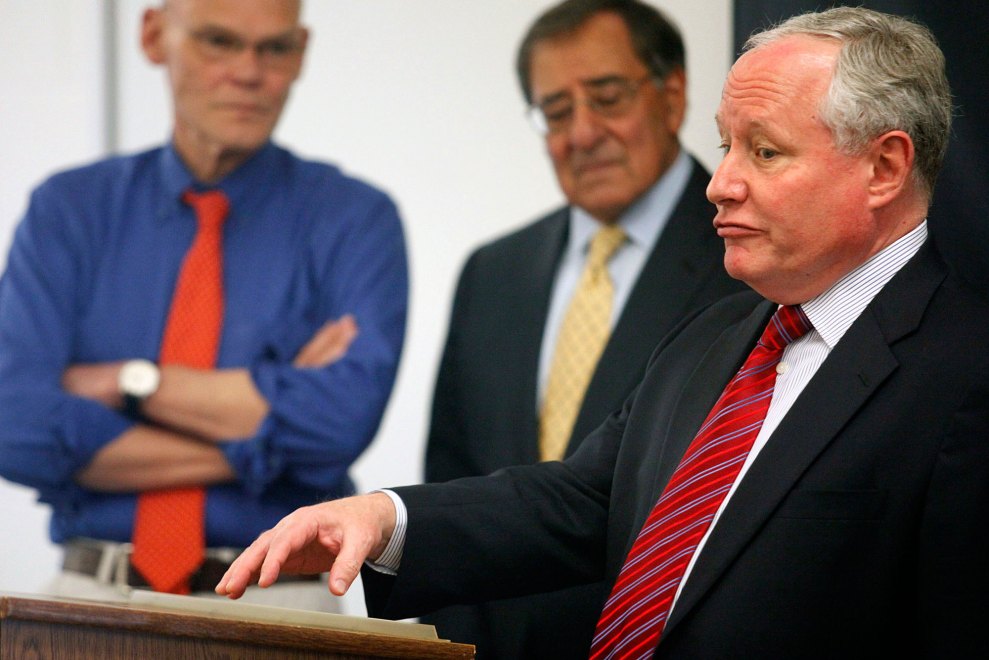 Never fear, Americans: neoconservative pundit Bill Kristol has heard your calls for a presidential candidate you can love and respect, and he’s on the case.

At pizza place in Penn Station: “You going to get us a better choice?” “Doing my best.” “We’re counting on you.” #WeightOfWorldOnMyShoulders

Dreaming up fantasy GOP presidential tickets is actually something Kristol does a lot. He’s spent much of the last two presidential elections trying to drum up support for alternative candidates to presumptive nominees Mitt Romney in 2012 and now Donald Trump. His pleas have even taken the form of terrible poetry. None of his would-be candidates have actually heeded his calls during the past two elections, but that hasn’t stopped him from repeatedly trying. Here’s the long list of people Kristol has failed to recruit:

Mitt Romney: Kristol desperately wanted a conservative challenger to Romney in 2012, but this year the former Massachusetts governor is Kristol’s latest choice to stop Trump.

Gen. James Mattis: Before Romney, Kristol promoted the former Marine general as the GOP’s latest savior in uniform. (He does this a lot, including with former generals David Petraeus and John Kelly.) Mattis quickly said no.

Sen. Ben Sasse (R-Neb.):The freshman senator from Nebraska is known for being a #NeverTrump stalwart—and not much else. Kristol wants him to run as an anti-Trump third-party candidate, but that’s not going well so far.

Sen. Tom Cotton (R-Ark.): Kristol has pushed the former Marine and hardcore hawk for two nominations: Even before he said Cotton should run as an anti-Trump candidate, he wanted the senator to be the vice presidential candidate in a fever-dream ticket with Dick Cheney. Cotton hasn’t bitten on either suggestion.

Dick Cheney: As previously mentioned, Cheney was Kristol’s man for a while in 2014 and 2015 before he stopped plugging the idea. Since we’re already fighting yet another war in Iraq, that suggestion may just have been rendered obsolete.

Mitch Daniels: Drafting long shots isn’t just for 2016! Kristol was disgruntled enough with the prospect of a President Mitt Romney that he repeatedly begged Daniels, then the wonky governor of Indiana, to reconsider his decision not to run.

Gov. Chris Christie (R-N.J.): Kristol also tried to pressure Christie to get into the race in 2012. By early 2015, he was openly mocking the New Jersey governor on Twitter.

Rep. Paul Ryan (R-Wisc.): Ryan would have been great at the top of the GOP ticket in 2012, according to Kristol, who also plugged Marco Rubio for the VP slot.

Of course, Kristol did actually succeed once: He was instrumental in putting Sarah Palin on the Republican ticket in 2008. We all know how that worked out, which may help explain why no one has listened to his recruiting pitches since.