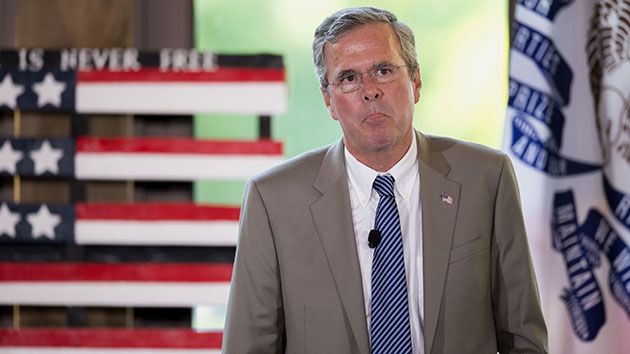 Jeb Bush won’t be voting Republican this fall. The former presidential candidate wrote on Facebook Friday afternoon that he won’t be voting for Donald Trump, the GOP’s presumptive nominee, in the general election. But it looks like Bush will just skip voting for president, saying that he can’t support Democratic candidate Hillary Clinton either.

“Donald Trump has not demonstrated that temperament or strength of character,” Bush wrote. “He has not displayed a respect for the Constitution. And, he is not a consistent conservative. These are all reasons why I cannot support his candidacy.”

Bush isn’t the first member of his family to ditch party unity when it comes to Trump. His father and brother—both more successful presidential candidates than Jeb—have said they won’t be endorsing Trump.