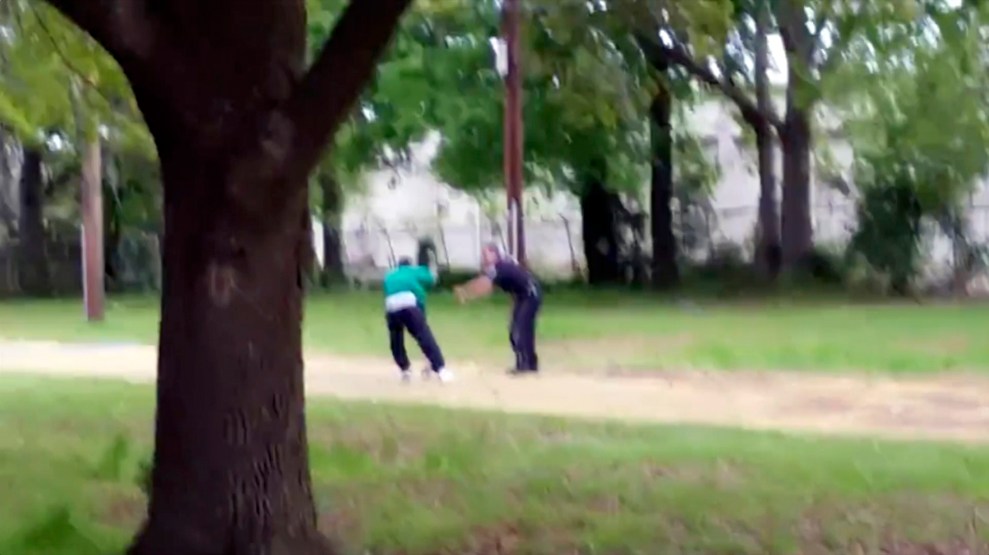 The former police officer who was filmed fatally shooting Walter Scott, an unarmed black man in South Carolina last year, has been indicted by a federal grand jury on three new charges. The federal indictment, which was filed on Tuesday, accuses Michael Slager of violating Scott’s civil rights, obstruction of justice, and the unlawful use of a weapon, the New York Times reports.

Last April, a bystander recorded Slager fatally shooting Scott in the back as he attempted to flee a routine traffic stop, directly challenging Slager’s initial claim that Scott had stolen his police taser and tried to use it against him. The new charges this week accuse Slager of purposely misleading authorities.

According to a statement released by the Department of Justice, if convicted, Slager could face a maximum sentence of life in prison for the civil rights violation.

Slager is already facing a possible sentence of 30 years to life for the shooting death, after a South Carolina jury indicted him on murder charges last June.