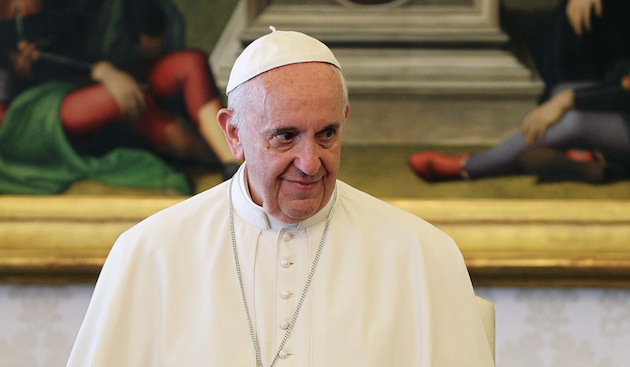 Speaking to an international meeting of the world congregations of Catholic women on Thursday, Pope Francis announced that the church should create an official commission to examine the expansion of women’s roles, including for them to be ordained as deacons, the National Catholic Register reports. He also described the church’s integration of women as “very weak.”

Ordained deacons are now all male and can perform some official functions—though not to celebrate Mass. Francis’ statement came during a question-and-answer session, during which he was asked to explain the current exclusion of women from serving in ordained roles, especially since women were permitted to be ordained in the early church. One woman asked, “Why not construct an official commission that might study the question?”

“Constituting an official commission that might study the question?” Francis responded. “I believe yes. It would do good for the church to clarify this point. I am in agreement. I will speak to do something like this.”

According to Catholic News, Francis told the group that it was his understanding that women in early scripture were not ordained as permanent deacons, and that he had meditated on the issue with a professor years ago. His announcement on Thursday signaled a historic step that could potentially open the doors for women to serve in that ordained position.

The pope, however, did not comment on the role of women serving as priests, something he has previously rejected as a change that “cannot be done.”