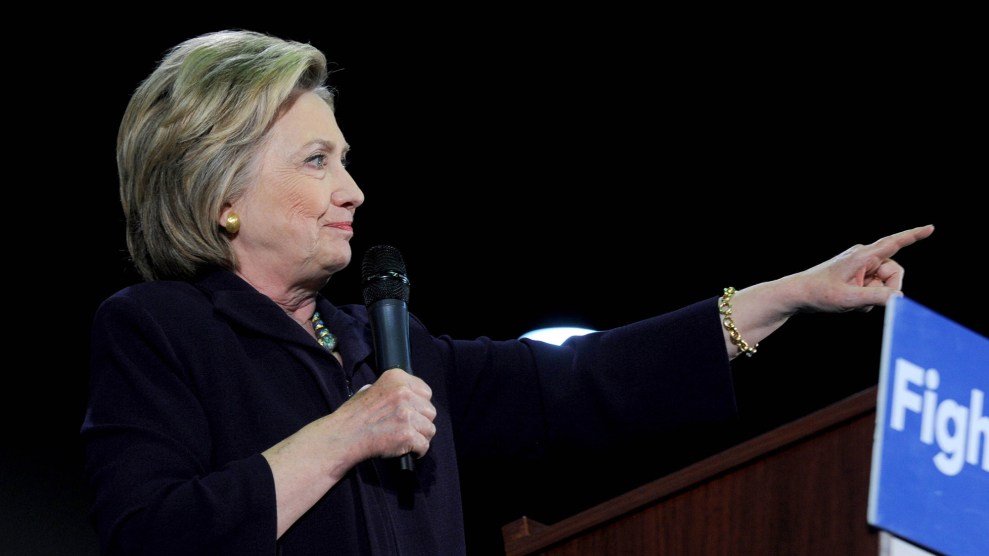 With the general election campaign approaching, the top super-PAC backing Hillary Clinton is preparing to release an onslaught of ads attacking Donald Trump and bolstering Clinton. But the group, Priorities USA, is not just repeating its 2012 approach, when its TV ads aimed to tarnish Mitt Romney’s image. This time it is also investing heavily in online ads intended to get out the vote among Clinton’s core groups of supporters in November, particularly Latinos and African Americans.

Partly, the new strategy seeks to keep up with changing patterns of media consumption; TV no longer dominates the way it once did. But the approach also reflects a recognition that in a campaign where Trump has alienated one constituency after another, most Democratic voters won’t need to be persuaded to support Clinton. Instead, the central goal will be nudging reliable supporters to go to the polls, with the hope of boosting turnout among groups that traditionally don’t vote in huge numbers but that overwhelmingly oppose Trump. In a PPP poll from last week, 50 percent of Hispanics said they planned to vote for Clinton, compared with 14 percent for Trump. Among African Americans, Clinton led Trump 84 percent to 5 percent.

Priorities USA has budgeted $130 million in ad spending for the general election. Most of that ad time has already been booked on TV and radio stations and websites, and the total figure is likely to increase, depending on donations. Of that total, $90 million is slotted for traditional TV ad buys, with $35 designated for digital. (In 2012, the super-PAC spent $75 million, almost entirely on TV ads.)

“The way that we communicate with voters is changing rapidly with each election cycle,” says Anne Caprara, the group’s executive director. As voters have gotten more of their information online, “particularly a lot of the core audiences that we want to speak to,” she says, advertising has to move in the same direction.

Priorities’ ads are split into two categories: an initial rollout set to begin on June 8—the day after the California primary, which could effectively seal Clinton’s nomination—and lasting through the convention in July, followed by a ramped-up effort starting in September that will hit its peak shortly before the election. Those ads—both TV and online—will be concentrated in the traditional battleground presidential states: Ohio, Nevada, Colorado, Iowa, Virginia, New Hampshire, and Florida. (With Trump on the ticket, it’s possible that some normally red states such as Arizona or Georgia could come into play and be targeted by Priorities ads as well.)

The TV ads won’t stray much from the traditional formula, but for its digital ads, Priorities is targeting key groups that include Latinos, African American women, and millennials. The super-PAC has been conducting polls, testing ads online, and holding focus groups to figure out exactly what messages and clips resonate with those groups. (Trump offers so much potential fodder for attack ads that the super-PAC will need to determine which of the many negative clips are most effective.) The group points to a host of statistics to explain why TV ads wouldn’t help it target its key groups. One in four millennials don’t watch cable or broadcast TV, for example, and 66 percent of Latinos access media mainly through their mobile devices.

Most of Priorities’ digital purchases are so-called non-skippable pre-roll video ads. Think of the ads you have to sit through before watching the latest Justin Bieber music video on YouTube, the ones that don’t offer you the option of skipping past after just five seconds. “That’s kind of the gold standard in digital advertising, the most valuable piece of it,” says Caprara. She says the group will likely buttress those online video spots with ads on Facebook and website banner ads, but for now, ads preceding web videos are its primary focus.

The group is still figuring out exactly what form those ads will take—likely some combination of positive spots about Clinton’s record and hit pieces on Trump. Caprara says she’s learned not to pull early punches against Trump, noting that his Republican opponents “committed political malpractice” by waiting so long before they started to go negative on Trump. “We don’t take him for granted,” she says. “We don’t think the election’s going to be easy. We think it’s going to be a competitive race. But we’re not scared of him, either. We think that there’s a lot of material out there, obviously.”