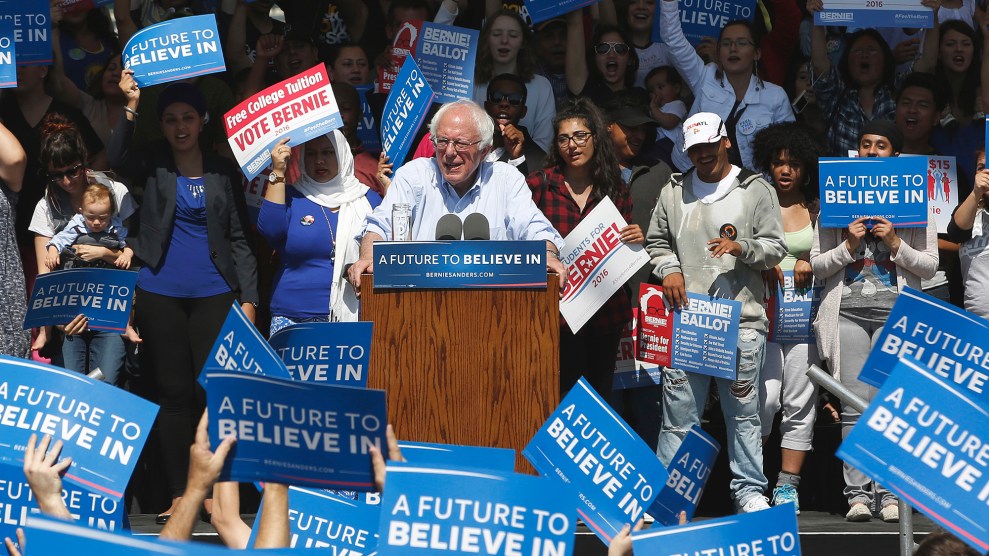 West Virginia fits the profile of a Sanders-friendly state. It’s a small and overwhelmingly white—in fact, at 93 percent white, it’s the third-whitest state in the country, according to FiveThirtyEight. Independents were permitted to vote in the Democratic primary, and Sanders has done well in contests open to independents, whereas Clinton has won most primaries restricted to Democrats.

Recent polls showed Sanders leading by an average of six points in the state. The major networks called the race with a quarter of the votes counted.

But Sanders’ win is not enough to make up ground in the delegate count. West Virginia has only 29 delegates, which will be allocated proportionally. Before Tuesday night, Clinton led Sanders by 290 in the pledged delegate count. When superdelegates are included, that lead grows by another 484 delegates. In order for Sanders to overtake Clinton, he will need many of those superdelegates to abandon Clinton and support him instead. And he’ll need to win bigger states than West Virginia, and by bigger margins.

On the Republican side, presumptive nominee Donald Trump won handily in West Virginia. Even before his last two rivals, Ted Cruz and John Kasich, left the race last week, polls in West Virginia showed the real estate mogul with a lead of more than 30 points.