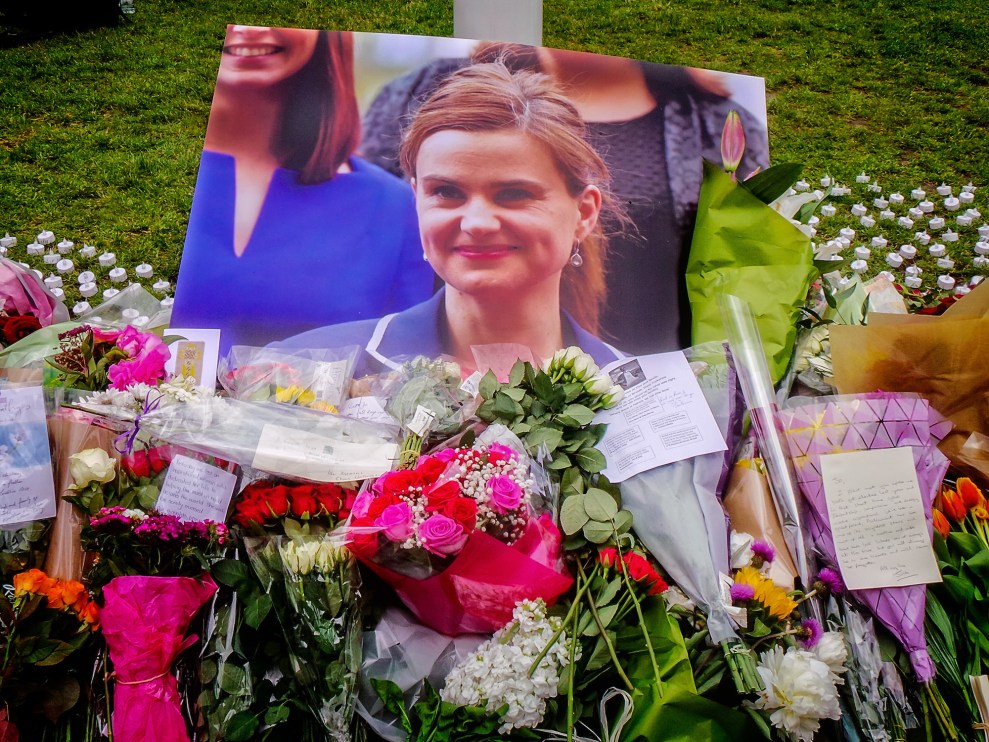 Jo Cox, a member of Britain’s parliament and a “rising star” in the Labour Party, was shot and stabbed to death on Thursday. According to eyewitnesses, the alleged killer, Thomas Mair, shouted “Britain first” as he attacked Cox, a possible reference to the country’s far-right nationalist party. Now, receipts and invoices have emerged connecting Mair to the US-based, neo-Nazi National Alliance, as well.

According to records published by the Southern Poverty Law Center, Mair was a longstanding supporter of the group, and purchased literature and periodicals from National Vanguard Books, the Alliance’s publishing arm. The receipts, which date as far back as the 1990s, show Mair spent hundreds of dollars on titles ranging from “Ich Kampfe,” an illustrated handbook of the Nazi Party, to the “Improvised Munitions Handbook,” which furnishes DIY instructions on how to build, among other things, a “pipe-pistol for .38 caliber ammunition” out of household items. The National Alliance’s political ideology calls for the eradication of Jews and the creation of an all white homeland. 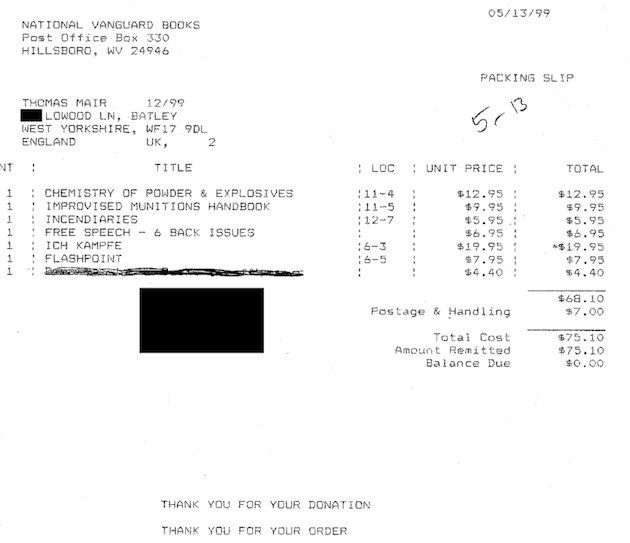 The extent of Mair’s allegiances with white nationalist groups continues to come to light. The Telegraph reported shortly after the attack that Mair was a subscriber to S.A. Patriot, a South African magazine published by the pro-apartheid White Rhino club. The Telegraph cites a 2006 blog post that names Mair as one of the publications earliest subscribers.

Cox was known for her extensive work with Oxfam, her humanitarian advocacy for Syria, and her opposition of Britain leaving the European Union.