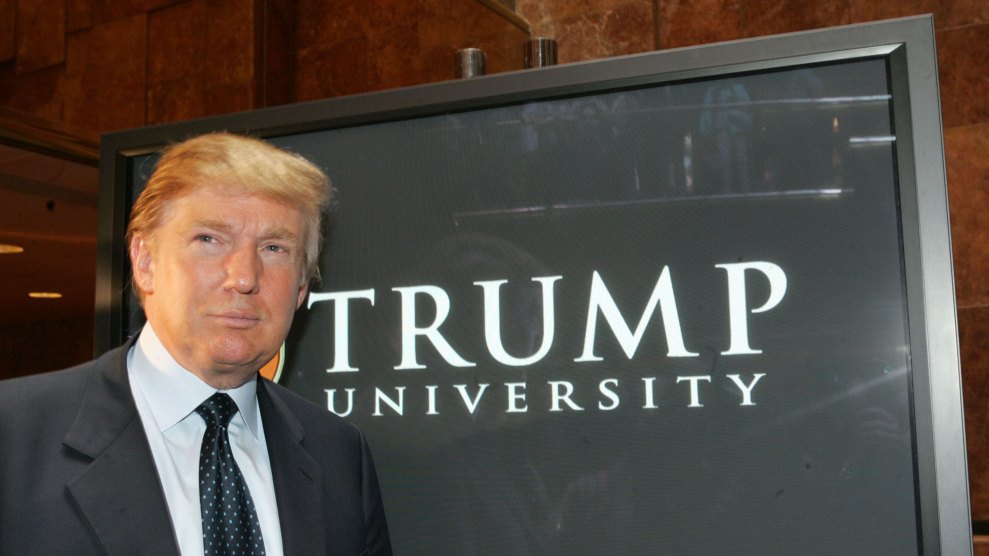 According to recently unsealed court documents, employees of Donald Trump’s short-lived educational venture, Trump University, believed the program was a “fraudulent scheme” that used aggressive sales tactics to separate people from money they didn’t have and failed to deliver on its promises of financial success. Prospective students were told to pay for the $35,000 enrollment with credit cards, and workers were encouraged to play on students’ emotions to get them to open their wallets.

Trump himself pitched the venture as a way to get rich quick by taking advantage of the housing market. “If you’re not a millionaire by December 2008, you didn’t attend my foreclosure workshop,” he boasted in January that year.

But in his bestselling debut memoir, The Art of the Deal, written some two decades earlier, Trump advised his readers to be cautious of “real estate evangelists” who promise to make you a “millionaire overnight.” “Unfortunately,” he wrote, “life rarely works that way, and most people who try to get rich quick end up going broke instead.” 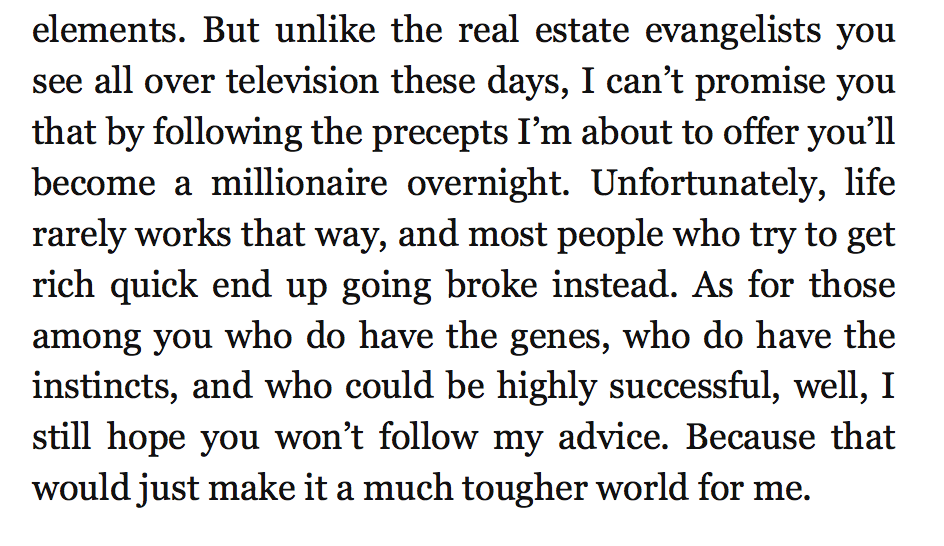 It was good advice. If only he’d stuck with it.