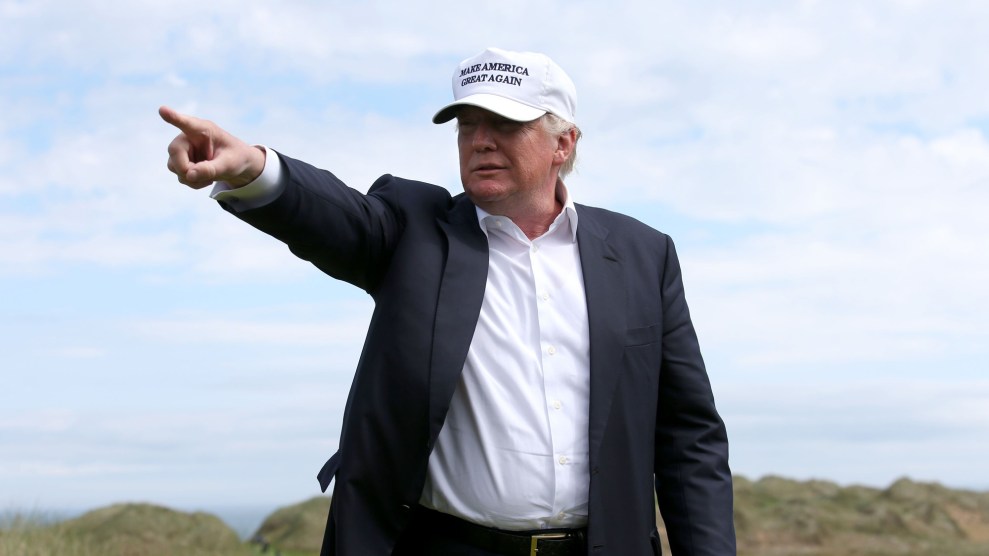 Donald Trump augmented his attacks on Sen. Elizabeth Warren on Monday, slamming the Hillary Clinton surrogate for her claims of Native American heritage and calling her “very racist.”

“She made up her heritage,” Trump tells me of Elizabeth Warren. Adds “what she did was very racist.” Again calls her “Pocahontas.” (more tk)

Crooked Hillary is wheeling out one of the least productive senators in the U.S. Senate, goofy Elizabeth Warren, who lied on heritage.

Trump’s comments come on the heels of Warren’s first campaign appearance with Hillary Clinton on Monday morning. Warren kept up her fiery invective against Trump, describing him as “a thin-skinned bully who is driven by greed and hate.”

This isn’t the first time the presumptive GOP nominee—who has a history of racist comments—has accused Warren of “racist” actions and of benefiting from affirmative action. Earlier this month, the two faced off over his claims on Twitter:

Goofy Elizabeth Warren, sometimes referred to as Pocahontas, pretended to be a Native American in order to advance her career. Very racist!

Get your facts straight, @realDonaldTrump. I didn’t even go to Harvard – I’m a graduate of @UHouston and @RutgersU.

Trump has taken heat for repeatedly referring to Warren as “Pocahontas” or “the Indian.” He responded last week that he regretted calling her that name—but only because “it’s a tremendous insult to Pocahontas.”

Scott Brown, the Republican whom Warren defeated for her Senate seat in 2012, joined Trump’s attack on Warren with a request that she take a DNA test.

Brown, now a prominent Trump surrogate, may still be sore from the verbal lashing Warren gave him at the New Hampshire Democratic Party convention earlier this month. “I hear Donald Trump is floating Scott Brown as a possible running mate,” Warren said. “And I thought, ‘Ah, so Donald Trump really does have a plan to help the unemployed.'”

During their 2012 battle, Brown called on Warren to release records proving that she had never received an advantage because of her heritage. She refused.