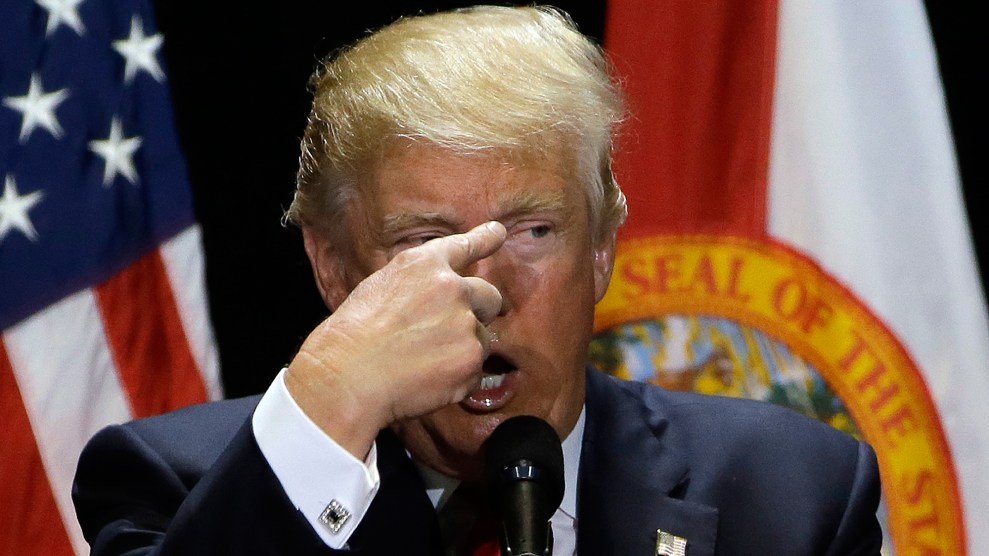 In the aftermath of the worst mass shooting in US history, Donald Trump, the presumptive Republican nominee for president, took to Twitter Sunday afternoon, where he thanked his followers for saying he was “right on radical Islamic terrorism”:

Appreciate the congrats for being right on radical Islamic terrorism, I don’t want congrats, I want toughness & vigilance. We must be smart!

Earlier on Sunday, Trump expressed his horror at the massacre in another Tweet, adding: “When will we get tough, smart & vigilant?”

Horrific incident in FL. Praying for all the victims & their families. When will this stop? When will we get tough, smart & vigilant?

Fifty people were killed Sunday morning when a gunman opened fire at Pulse, a popular gay nightclub in Orlando.

Police have yet to confirm the motives of the suspected gunman, Omar Mateen, but are investigating possible links to terrorism. Prior to the attack, Mateen reportedly called 911 claiming allegiance to ISIS:

Hillary Clinton, the presumptive Democratic nominee, tweeted her support for the victims of the attack on Sunday morning, “as we wait for more information”:

Woke up to hear the devastating news from FL. As we wait for more information, my thoughts are with those affected by this horrific act. -H