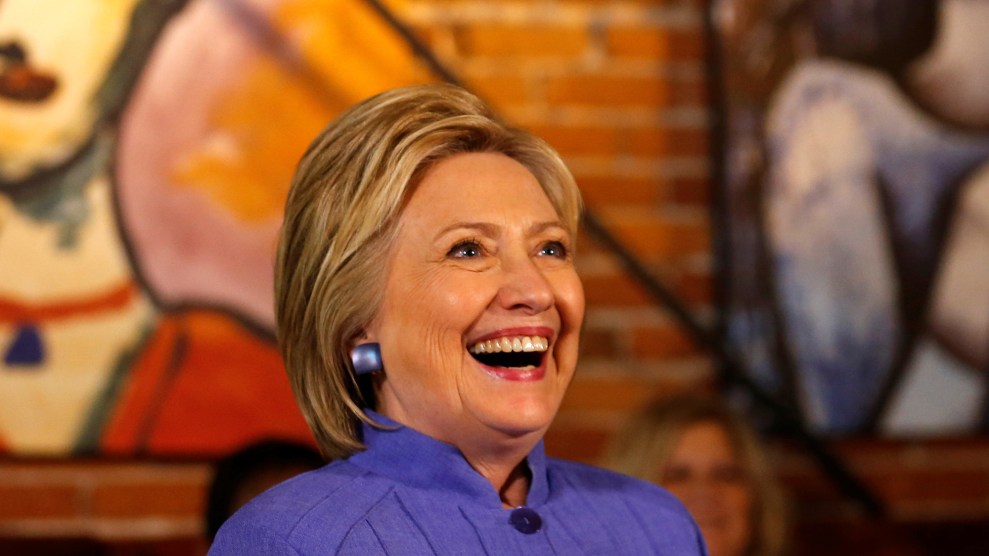 As Hillary Clinton racked up labor endorsements over the course of the Democratic primary contest, the biggest labor federation in the country was conspicuously absent from her list of backers, having decided to remain neutral throughout the Democratic primary even as its member organizations largely flocked to the front-runner. But on Thursday, with the final votes in the Democratic primary contest now cast, the AFL-CIO’s board voted to endorse Clinton, in an effort that could help unite the party’s factions and try to win over disaffected blue-collar voters who might be attracted to Donald Trump’s protectionist message.

“The activism of working people has already been a major force in this election,” AFL-CIO President Richard Trumka said in a statement, “and is now poised to elect Hillary Clinton and move America forward.”

It’s not surprising to see the 12.5 million-member labor federation, which has backed every Democratic candidate for president since it sat out the 1972 contest, throw its weight behind the presumptive Democratic nominee. As Politico‘s Brian Mahoney noted ahead of the vote, 80 percent of the people sitting on the AFL-CIO’s executive board, which voted on the endorsement, hailed from unions that had already thrown their support to Clinton.

Trumka gave a slight nod to Bernie Sanders in offering the endorsement, saying that his “impact on American politics cannot be overstated.”

The AFL-CIO promised to turn on its political machine immediately to start boosting Clinton. “This election offers a stark choice between an unstoppable champion for working families and an unstable charlatan who made his fortune scamming them,” Lee Saunders, the AFSCME president and chair of the AFL-CIO’s political committee, said. Though there’s been some speculation that Trump’s appeals to white working-class men might allow the Republican to attract a larger swath of union voters in states like Pennsylvania or Wisconsin, so far the national organizations haven’t shown any sign of breaking away from the Democratic candidate.