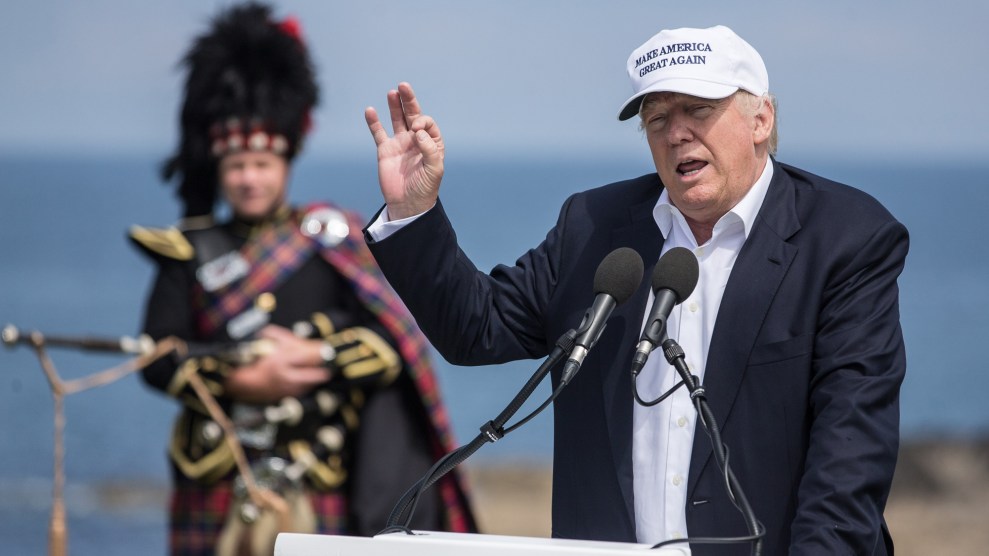 Hillary Clinton’s campaign released a short video on Friday afternoon lampooning Donald Trump’s response to Brexit. The presumptive GOP nominee weighed in on the referendum to leave the European Union—a move he has recently championed—during a press conference at his golf course in Scotland, Turnberry. The video intercuts news footage depicting the havoc Brexit unleashed on world financial markets with footage of Trump calmly saying that a weaker pound will benefit his business. “When the pound goes down, more people are going to Turnberry,” Trump said.

Hours after the #BrexitVote, Donald Trump was in the U.K.

Talking about how he, personally, would benefit.https://t.co/YEt5LozDpt