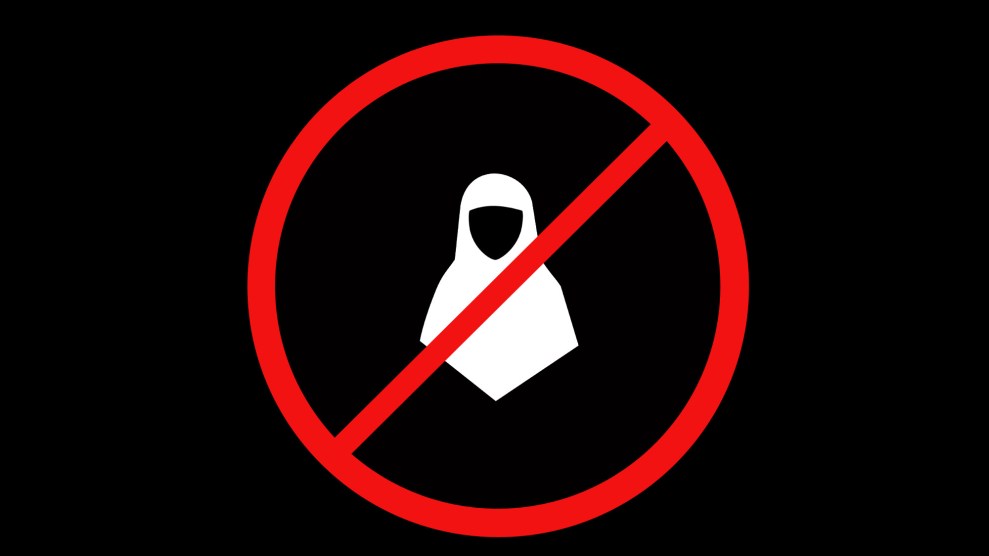 The past three years have been difficult for Muslim-Americans, according to a new report tracking increasing Islamophobia issued by the Council on American-Islamic Relations and the UC-Berkeley Center for Race and Gender. Among the most eye-catching findings: the researchers recorded 78 attacks on mosques last year, the highest since CAIR began monitoring such incidents in 2009.

The report highlights the growth of many other forms of discrimination. Self-declared “Muslim-free” businesses have cropped up across the country, and bullying of Muslim students, even by teachers, is on the rise. One piece of good news is a decrease in law enforcement anti-terrorism trainings led by purported experts who spread fear and misinformation about Muslims.

The report suggests that anti-Muslim incidents spike in the wake of terrorist events, noting an uptick in violent anti-Muslim rhetoric that took place after Islamic State militants beheaded two Americans in Syria in August 2014. Additional armed anti-Islam demonstrations sprouted up in the wake of an attempted terror attack on a cartoon contest in Garland, Texas last year, where illustrators had been invited to submit caricatures of the Prophet Mohammed. And after November’s Paris attacks, there was a marked increase in attacks on American mosques.

The study comes after a Republican primary season that repeatedly featured anti-Muslim rhetoric. Presumptive Republican presidential nominee Donald Trump has repeatedly called for a “total and complete shutdown” of Muslim migration to the United States. Sen. Ted Cruz spoke at summits hosted by the Center for Security Policy, a group which has been declared an extremist anti-Muslim group by the Southern Poverty Law Center. Ben Carson told Meet the Press that he believed Islam was inconsistent with the Constitution and said he wouldn’t vote for a Muslim to be president. Two-thirds of Republican primary voters in New Hampshire favored banning Muslims from entering the United States, and last September, a survey of Republican voters in Iowa found that almost a third think Islam should be illegal.

Here are some key developments highlighted in the report:

Last year saw a spike in attacks on Muslim places of worship.

Thirty-four mosques were targeted in just the final two months of 2015—more incidents than typically occur across an entire year. Only two of November’s attacks took place before the Paris terror attacks.

Since 2010, many state legislatures have seen bills introduced to prevent the influence of Sharia law on US courts, an effort which critics say has no purpose other than to vilify Muslims. As even a writer in the conservative National Review noted, “this ‘creeping Sharia’ phenomenon supposedly going on in American courts is not even happening.” Nonetheless, anti-Sharia and anti-foreign law bills have been popular among Republican state lawmakers.

The report identified 33 groups whose “primary purpose” is to spread fear and hatred of Islam. Financial information collected by CAIR suggests that the following organizations had the highest average annual revenue between 2008 and 2013.

After a firestorm of complaints that school textbooks were too pro-Islam, Florida and Tennessee passed laws giving parents more power to reject certain course materials.

A 2014 study of national TV news published in the Journal of Communication found that “among those described as domestic terrorists in the news reports, 81 percent were identifiable as Muslims. Yet in FBI reports from those years, only 6 percent of domestic terror suspects were Muslim.”