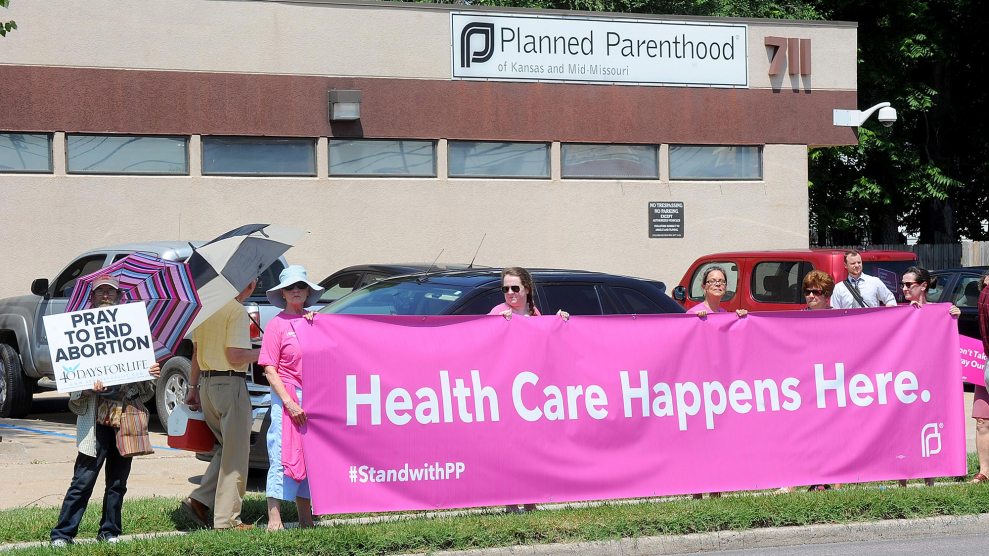 In a press call on Thursday, Planned Parenthood announced a campaign to work toward the repeal of abortion restrictions in eight states across the country, in light of the Supreme Court’s historic ruling in Whole Woman’s Health v. Hellerstedt.

The ruling, announced on Monday, found that two types of abortion clinic restrictions in Texas—a law requiring abortion providers to have local hospital admitting privileges and a rule requiring clinics to meet the strict infrastructure standards of outpatient surgery centers—were unconstitutional because they caused an undue burden on abortion access.

Planned Parenthood announced on Thursday that it was planning to seek repeals of Texas-style restrictions in seven other states: Missouri, Virginia, Florida, Arizona, Michigan, Pennsylvania, and Tennessee. Planned Parenthood also announced that they would begin work toward repealing abortion restrictions in Texas beyond those struck down this week by the Supreme Court.

Missouri and Tennessee each have both of the Texas-style restrictions on the books: an admitting-privileges law and facility infrastructure requirements. In Missouri, the admitting-privileges law led to the closure of an abortion clinic in Columbia, leaving the state with just one clinic. In Tennessee, both laws are being challenged in the courts. The rest of the states on Planned Parenthood’s list each have laws requiring structural standards comparable to those of surgical centers, though the law specifics vary by state.