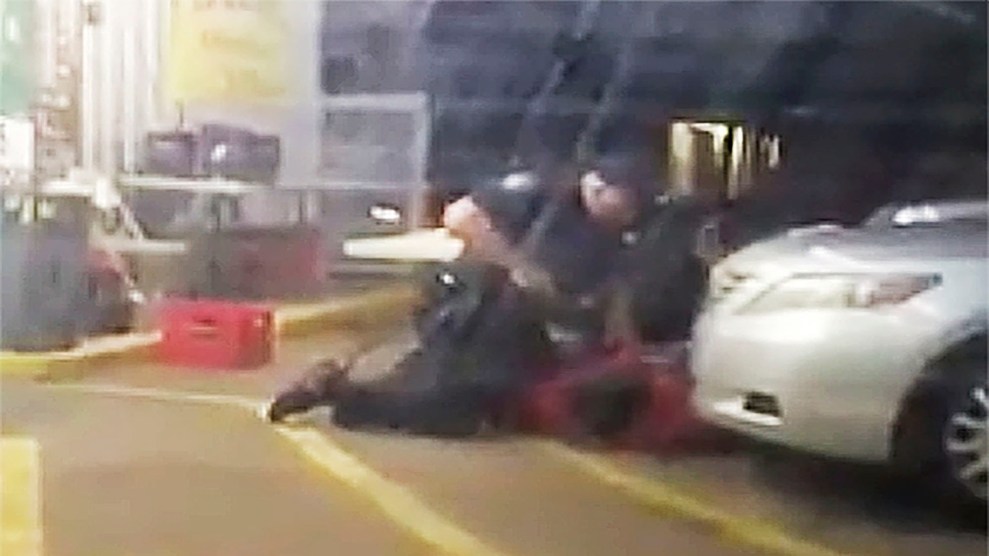 The FBI and the U.S. attorney’s office for the Middle District of Louisiana will assist the investigation, Bel-Edwards said.

The governor also called for calm after a night of protests. “The video is disturbing to say the least,” Bel-Edwards said, but “another violent act or destruction of property is not the answer. One family has already been torn apart.”

Sterling was shot shortly after midnight on Tuesday after a person told police a man selling CDs outside a convenience store had allegedly pointed a gun at another person.

Video of the encounter, captured by a bystander in the store’s parking lot, appears to show Sterling being tased twice by an officer who then orders him to the ground after he doesn’t respond to the Taser. Another officer tackles him to the ground, then several shots are heard after an officer yells “Gun!” A gun was later recovered from Sterling’s pocket, according to police officials.

The incident was also captured by the convenience store’s surveillance cameras. Police confiscated the video and the store’s entire surveillance system, the store’s owner told the Baton Rogue local paper, the Advocate. A police official said the officers’ body cameras fell off during the incident.

More than 100 people gathered at the intersection near the convenience store where Sterling was shot late Tuesday night. Among the protesters was Baton Rouge NAACP president Mike McClanahan. McClanahan called for the resignation of the Baton Rouge police chief during a press conference with Sterling’s family Wednesday morning.