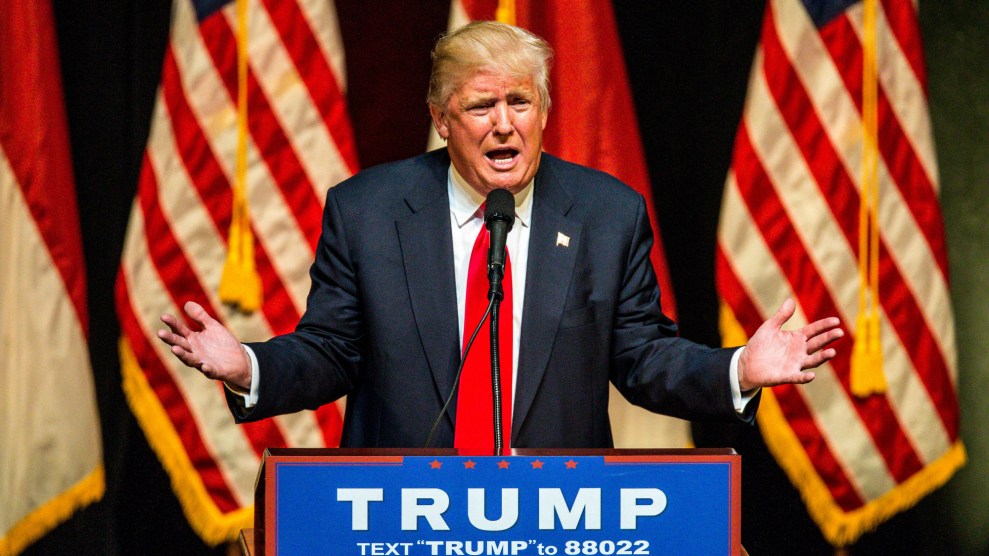 With two weeks to go before Donald Trump takes the stage at the Republican National Convention, an abortion rights group is launching a campaign linking anti-abortion GOP senators to the Republican Party’s presumptive presidential nominee.

Politico reports that NARAL will run Facebook and Twitter advertisements in the home state of each lawmaker and “will include an animated gif from the movie ‘Zoolander’ with one of the targeted Republicans photoshopped into a partying group that includes Trump, House Speaker Paul Ryan and Senate Majority Leader Mitch McConnell.”

Many of the senators in the ads have a rocky history with Trump; they have either publicly spoken out against him, issued tepid endorsements, or remained silent on his status as the GOP’s presumptive nominee. All have said they will not attend this year’s Republican National Convention, which is scheduled to begin on July 18 in Cleveland.

“These candidates may be able to run from Cleveland but they can’t hide from their record,” NARAL Pro-Choice America’s chief strategist Sasha Bruce said in a press release announcing the campaign. “Just like Trump, these candidates want to punish women by banning abortion, reducing access to health services and rolling back decades’ worth of progress.”