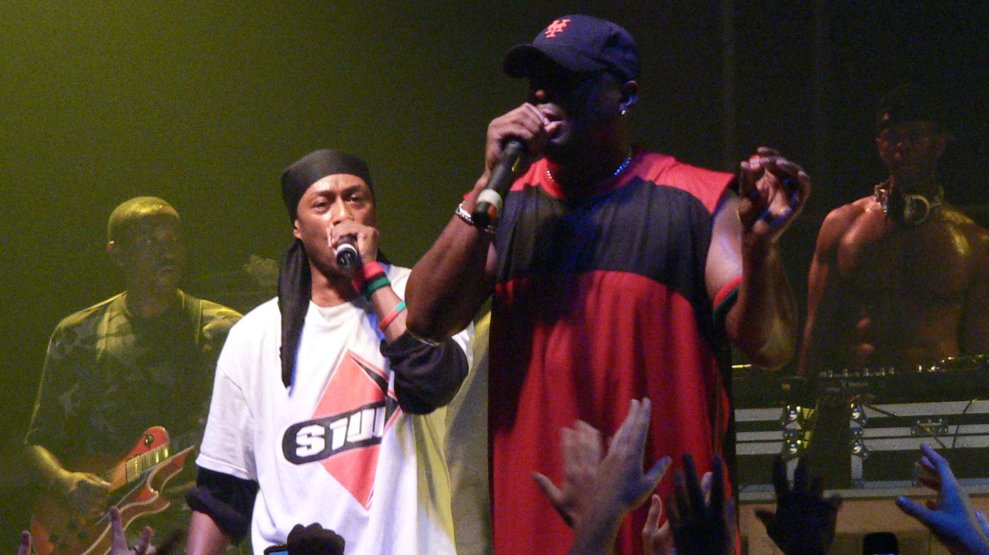 Professor Griff and Chuck D at a Public Enemy concert in 2006.<a href="https://commons.wikimedia.org/wiki/User:Dnik">Dnik</a>/Wikimedia Commons

In a press release late Friday, the Dallas Police Department provided details about their investigation into the gunman in Thursday’s mass shooting, 25-year-old Micah Johnson, a local resident and former soldier who served in Afghanistan. They said that a search of Johnson’s home revealed “bomb making materials, ballistic vests, rifles, ammunition, and a personal journal of combat tactics.” Strangely, the Dallas PD included a couple of select details about Johnson’s Facebook account:

It is unclear why the Dallas PD chose to include this information regarding Griffin, who was a member of the seminal 1980s rap group Public Enemy. The press release contained no further context about it.

Johnson’s Facebook page (which is no longer available online) reportedly contained a photo of Johnson posing with Griffin, who quickly took to Twitter to say that he had no relationship with the attacker.

The police and FBI have been watching me and tapping my phone they know who I talk too, I DO NOT KNOW THE SHOOTER. pic.twitter.com/8zUk4gdkwL

‘I do not advocate killing Cops” pic.twitter.com/U3wQlNAzbI