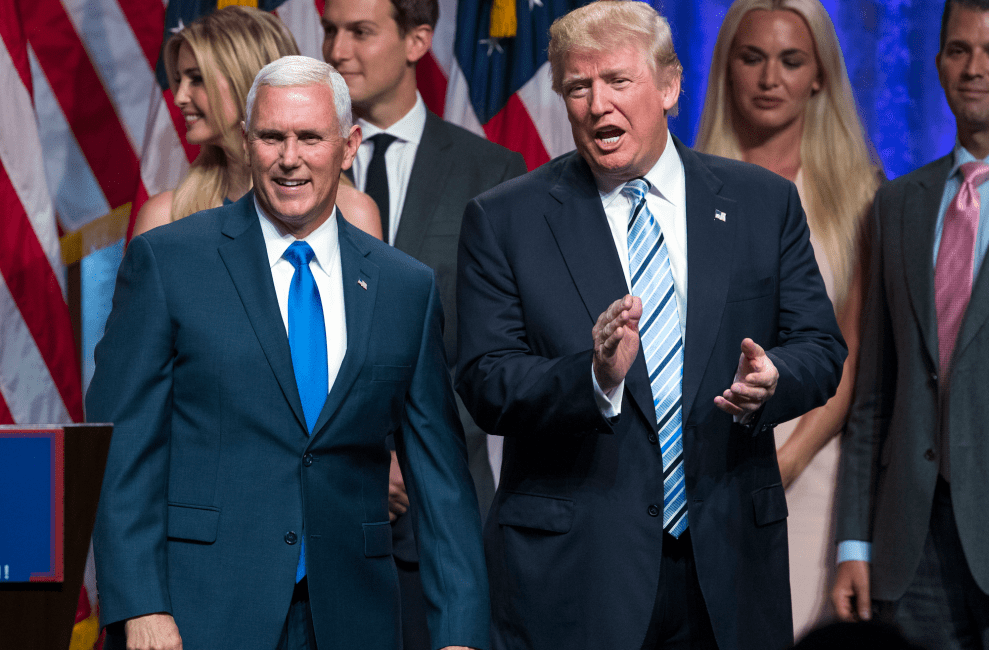 In the week since Donald Trump declared Indiana Gov. Mike Pence his official running mate, it’s become apparent that the Republican nominee for president wasn’t totally enthusiastic over his religious-conservative pick. The delayed and then bungled announcement, the repeated insistence by a frustrated Trump that Pence, contrary to rumors, was in fact his first choice, and Pence’s lackluster performance on the 60 Minutes interview all contributed to the speculation.

A new report from the New York Times Magazine goes behind the scenes of the VP selection process and claims that Trump’s first choice was his former rival, Ohio  Gov. John Kasich. Perhaps more interestingly, the report sheds light on the unprecedented level of power Trump plans to delegate to his vice president if elected. According to the Times, Trump’s son, Donald Trump Jr., was responsible for vetting the potential candidates. Here’s a scene from one conservation he had with a Kasich adviser.

Did he have any interest in being the most powerful vice president in history?

When Kasich’s adviser asked how this would be the case, Donald Jr. explained that his father’s vice president would be in charge of domestic and foreign policy.

Then what, the adviser asked, would Trump be in charge of?

If true, this means that Trump doesn’t plan on doing much governing at all. It may also reveal that he actually agrees with Hillary Clinton’s claim that he is temperamentally unfit to become president of the United States. As for Kasich, he declined the offer and isn’t even showing up to the Republican convention that’s taking place in his home state.