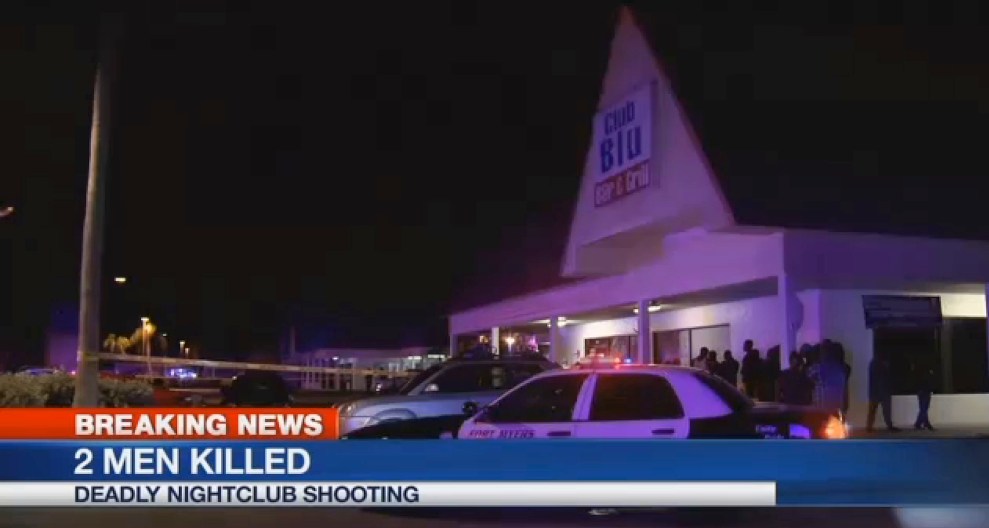 Update, 1:20 p.m. EST: Officials have identified the two victims who were killed as 14-year-old Sean Archilles and 18-year-old Stef’an Strawder.

A shooting outside a nightclub in Fort Myers, Florida killed at least two people and injured more than a dozen others early on Monday morning. The victims were mostly students, aged between 12 and 27.

“The scene is still very active as investigators and crime scene personnel attempt to determine what had occurred,” Fort Myers Police Captain Jim Mulligan said. “The Police Department is attempting to determine a motive for this incident.”

The shooting took place around 12:30 a.m. in the parking lot of Club Blu Bar and Grill, where nightclub organizers had hosted an event for teenagers. Gunfire reportedly broke out as the teenagers were departing and parents had come to pick them up. The shooting comes six weeks after the Orlando mass shooting at the Pulse nightclub that killed 49 people and injured more than 50.

Police have detained three people for questioning. Later today, Florida Gov. Rick Scott will be traveling to the city to meet with law enforcement officials.

We are deeply sorry for all involved. We tried to give the teens WHAT WE THOUGHT WAS A SAFE PLACE TO HAVE A GOOD TIME….