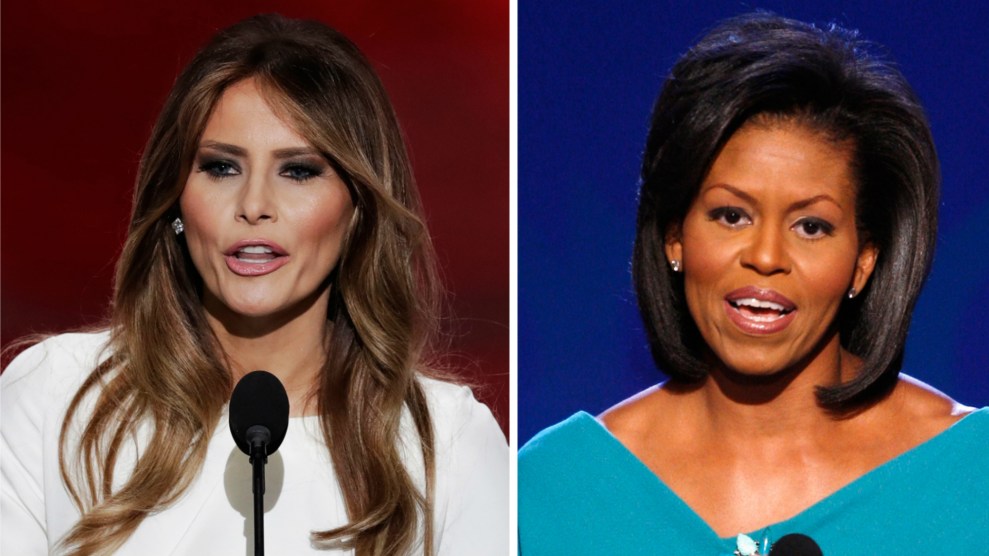 After spending Tuesday denying that a speech Monday night by Melania Trump that borrowed substantial passages from a Michelle Obama speech constituted plagiarism, and insisting that Melania Trump wrote the speech herself, the Trump campaign released a letter from a writer employed by the Trump Organization accepting blame for using Obama’s words and writing the speech for Melania.

Melania speechwriter said she tried to resign but was refused pic.twitter.com/h23q20MUeI

Meredith McIver, who identifies herself in the letter as an in-house staff writer for the Trump Organization, wrote that she had spoken to Melania Trump over the phone, and after Trump said she admired Michelle Obama and some of her speeches, wrote those concepts into the speech that Trump gave Monday night. McIver, who helped Donald Trump write several books, apologized for using Obama’s words and wrote that she had offered to resign, but Trump refused to accept the resignation.

The change in course is particularly striking because barely 24 hours earlier, Paul Manafort, the campaign’s chairman, had lashed out at critics, firmly brushing aside the idea that there was any plagiarism whatsoever.

Paul Manafort, yesterday on CNN: “To think that she would be cribbing Michelle Obama’s words is crazy.”
Today: https://t.co/MwoDeVcvFY

The campaign, which was already under fire for not having the usual staff and safeguards to ensure nothing like the plagiarism allegations arises, may have actually opened up a new box of trouble. Not only does she identify herself as an employee of the Trump Organization, but her letter to the public is on Trump Organization letterhead. If McIver wrote the speech as an employee of the company, it might mean Donald Trump is mixing his corporate resources with the campaign’s resources, a big no-no under Federal Election Commission rules.