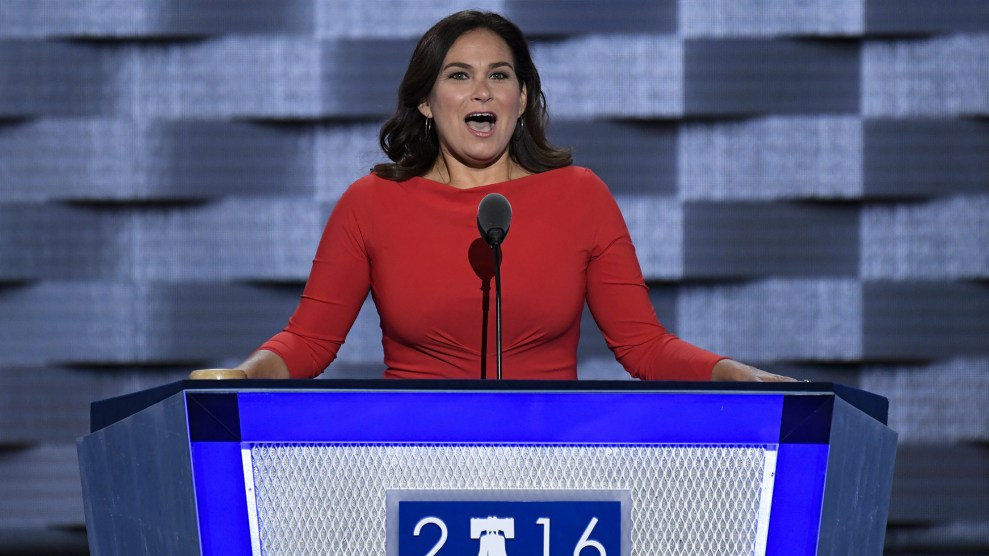 Ilyse Hogue, the president of NARAL Pro-Choice America, may have made history at the Democratic National Convention Wednesday afternoon when she talked about her own abortion. Hogue opened her remarks by talking about a time years ago when she learned she was pregnant. “I wanted a family, but it was the wrong time,” she said. “I made the decision that was best for me—to have an abortion, and get compassionate care at a clinic in my own community.”

A spokeswoman from NARAL said she believed this was the first time a woman had talked about her abortion at a presidential convention (at least a nonmedical one). On Twitter, Steph Herold, co-founder of reproductive rights advocacy group the Sea Change Program, said Hogue had “shattered that stigmatized glass ceiling.”

Hogue noted that one in three women will have had an abortion by the age of 45. “You see, it’s not as simple as bad girls get abortions and good girls have families,” Hogue said. “We are the same women at different times in our lives—each making decisions that are best for us.”