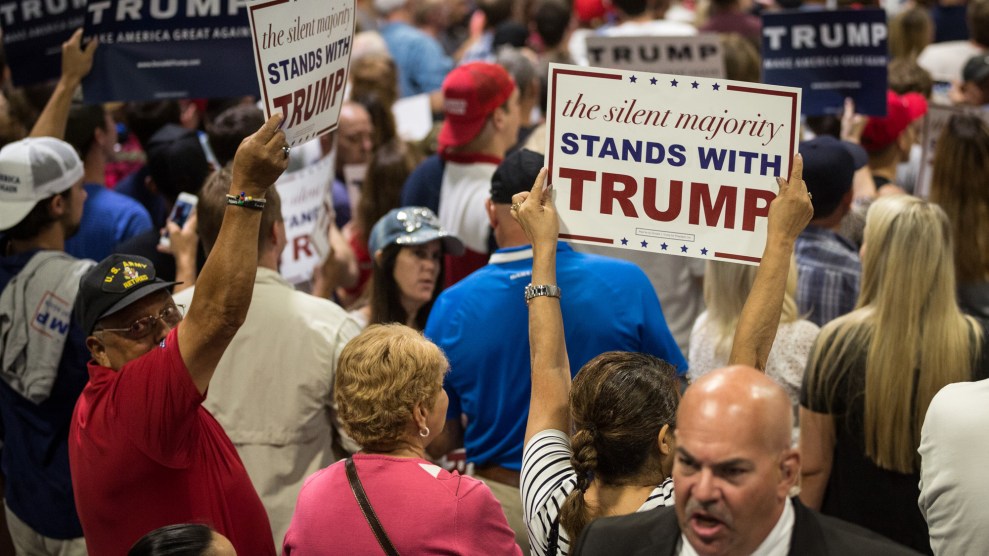 Donald Trump may be getting all the attention for his radical policy proposals, but the delegates tasked with drafting the Republican Party platform this week have adopted a series of eye-opening positions that push the party further to the right—in some cases, further than Trump himself.

The new draft, which was crafted on Monday and Tuesday, will be put to a vote on the convention floor next week at the party’s national convention in Cleveland. Despite the presence of the first openly gay delegate on the platform committee, delegates rejected attempts to moderate the party’s stances on gay marriage and the LGBT community. Here are some of the positions the committee did choose to adopt.

Porn is a “public health crisis”: The delegates agreed, with little debate, to language calling internet pornography a “public health crisis.” “The internet must not become a safe haven for predators,” states the new language. “Pornography, with its harmful effects, especially on children, has become a public health crisis that is destroying the life of millions. We encourage states to continue to fight this public menace and pledge our commitment to children’s safety and well-being. We applaud the social networking sites that bar sex offenders from participation. We urge energetic prosecution of child pornography which closely linked to human trafficking.”

Gay conversion therapy: Several states have banned gay conversion therapy for minors, but the GOP is not ready to accept the consensus among psychologists that this pseudoscience does nothing more than harm the children it purports to cure. “We support the right of parents to determine the proper treatment or therapy, for their minor children,” states language drafted by Tony Perkins, the head of the Family Research Council and a delegate from Louisiana. According to Time, the language was originally a more strident defense of conversion therapy, which RNC officials worked with Perkins to moderate.

Teach the Bible as literature: The committee labored for a long time on Monday over whether to encourage public schools to teach the Bible as a literature elective. Ultimately, they decided that yes, public schools should do that. And on the subject of education, the committee decided to take a stand against early childhood education because, as one delegate put it, it “inserts the state in the family relationship in the very early stages of a child’s life.”

Build the wall: At first, the platform draft called for a “physical barrier” between the United States and Mexico. But in a nod to the party’s presumptive nominee, on Tuesday the committee decided to go along with the wall proposal. “The border wall must cover the entirety of the southern border and must be sufficient to stop both vehicular and pedestrian traffic,” the language, crafted by anti-immigration activist and Kansas Secretary of State Kris Kobach, states.

All coal is clean coal: Coal produces far more carbon pollution than any other source of electricity in the United States. But according to the GOP platform, all coal is now “an abundant, clean, affordable, reliable domestic energy resource.” This is essentially a carbon copy of talking points pushed by lobbyists for the coal industry. On its website, the American Coalition for Clean Coal Electricity calls coal “an affordable, abundant and increasingly clean domestic energy resource that is vital to providing reliable low-cost electricity.”