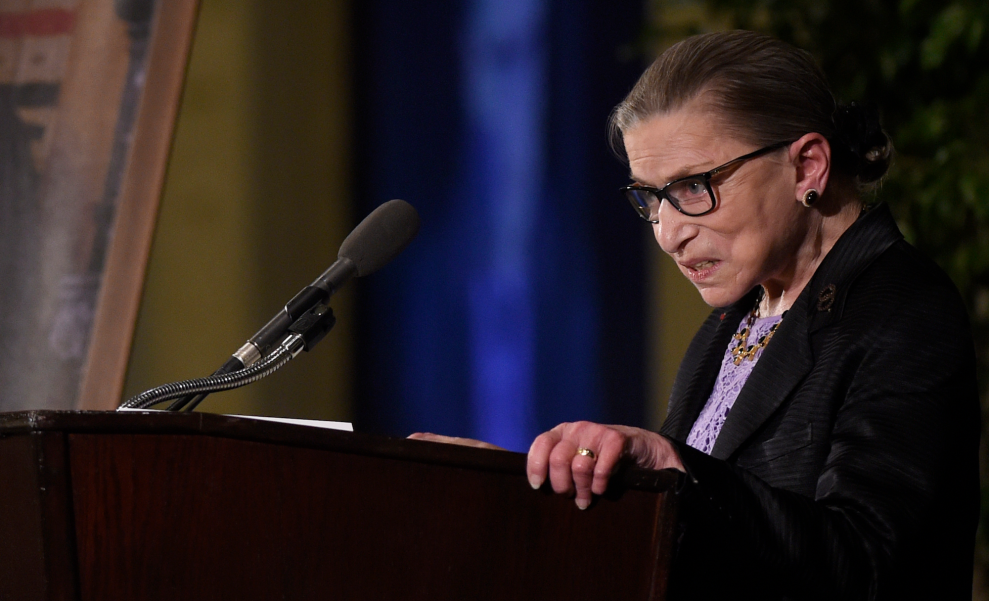 Supreme Court Justice Ruth Bader Ginsburg released a statement on Thursday expressing remorse over her recent criticism of Donald Trump, whom she called a “faker,” and her public expression of dread as she contemplated America under a Trump presidency.

“On reflection, my recent remarks in response to press inquiries were ill-advised and I regret making them,” Ginsburg said. “Judges should avoid commenting on a candidate for public office. In the future I will be more circumspect.”

In dual interviews with the New York Times and the Associated Press over the weekend, the 87-year-old justice said Americans should consider moving to New Zealand if Trump becomes president. Despite taking heat for her candid comments, which were highly unusual for a sitting Supreme Court justice to publicly make and were condemned by both sides of the aisle, Ginsburg didn’t back down. In another interview on Monday with CNN, she called Trump a “faker.”

“He has no consistency about him,” she said. “He says whatever comes into his head at the moment. He really has an ego.”

Trump hit back at her remarks by taking to Twitter to claim Ginsburg’s mind was “shot” and demand she resign from the high court.

Justice Ginsburg of the U.S. Supreme Court has embarrassed all by making very dumb political statements about me. Her mind is shot – resign!

Is Supreme Court Justice Ruth Bader Ginsburg going to apologize to me for her misconduct? Big mistake by an incompetent judge!

The presumptive Republican nominee has yet to respond to Ginsburg’s apology.