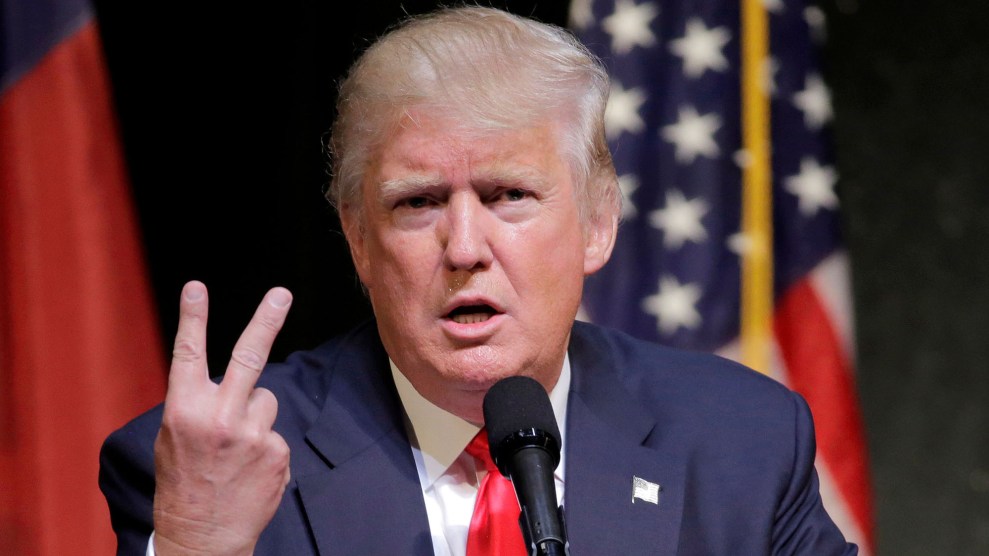 The morning after five Dallas police officers were killed and six others were wounded in a shooting spree, Donald Trump posted a message to his Facebook wall calling for the restoration of “law and order.” He also cited the “senseless, tragic” deaths in Baton Rouge, Louisiana, and suburban Minneapolis, referring to Alton Sterling and Philando Castile, who were killed by the police earlier in the week, without mentioning their names. (This was his first official statement regarding those shootings.) He added, “racial tensions have gotten worse.” 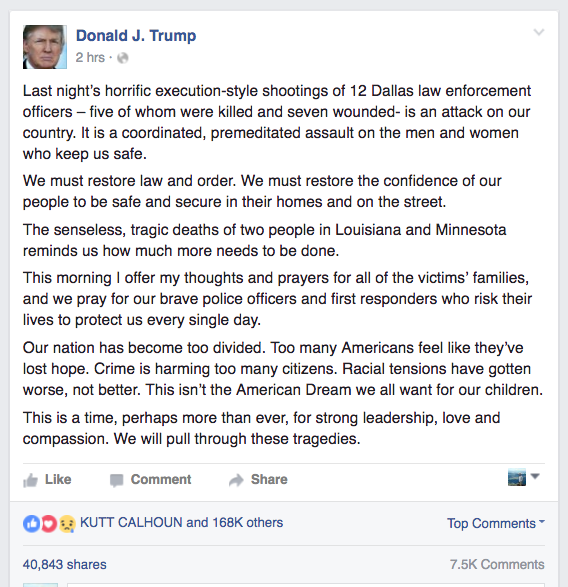 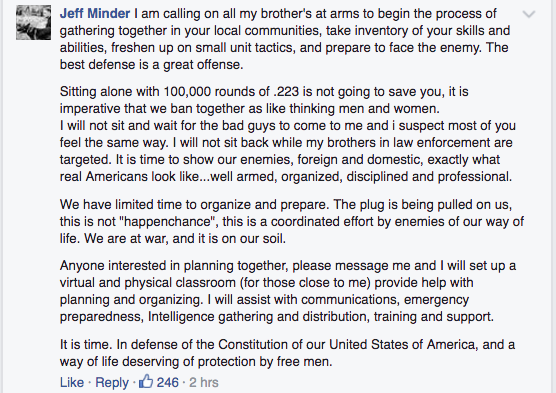 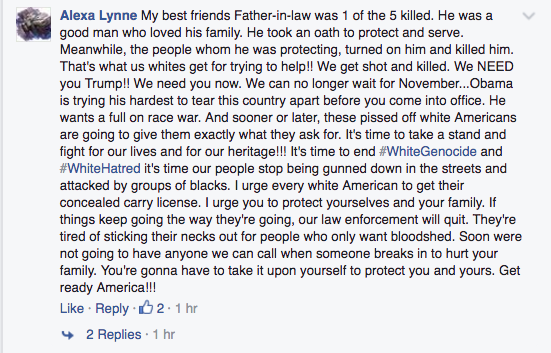