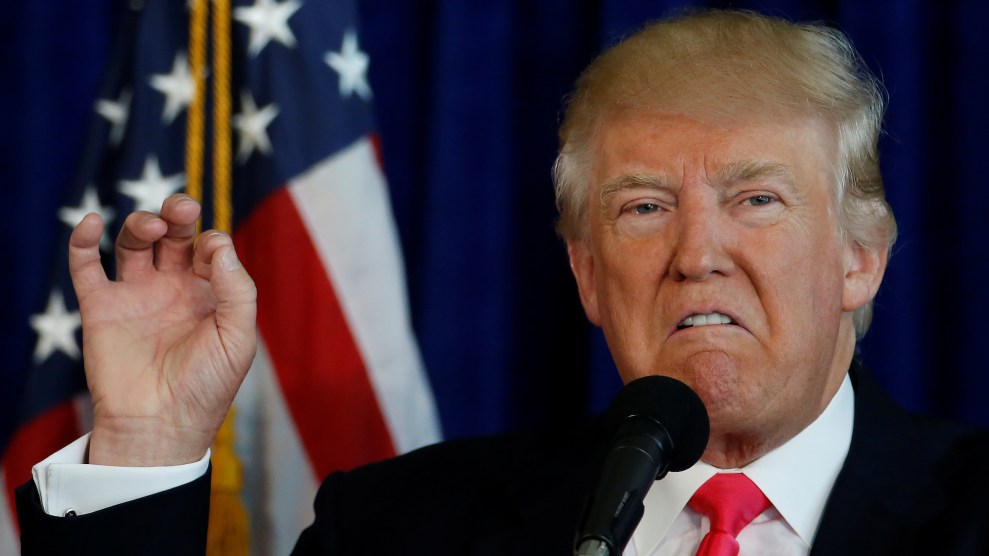 After a bipartisan assault on Donald Trump at the Democratic National Convention on Thursday, from people ranging from leading Democrats such as Hillary Clinton to lifelong Republicans to ordinary citizens, Trump fired back during his first general election rally in Colorado on Friday afternoon.

The liveliest moment occurred when Trump supporters in Colorado Springs launched into a round of the “Lock Her Up!” chant aimed at Hillary Clinton.  The chant was a nightly fixture at last week’s Republican convention, but Trump rejected it at the time. “I said, ‘Don’t do that,'” he told reporters at a press conference on Wednesday. “I really—I didn’t like it.” Today he told his supporters, “I’m starting to agree with you.”

His remarks in Colorado weren’t Trump’s first rebuttal to Thursday night’s roast at the DNC. Though Clinton taunted Trump for his short fuse on social media—”A man you can bait with a tweet is not a man we can trust with nuclear weapons,” she said during her acceptance speech—the GOP nominee didn’t hesitate to unleash a series of Twitter attacks on Friday against Clinton and other speakers. Trump claimed that Gen. John Allen, the former Marine Corps commandant who savaged him during a fiery endorsement speech for Clinton on Thursday, “failed badly in his fight against ISIS.” He also took aim at former New York City Mayor Michael Bloomberg, who endorsed Clinton on Wednesday and mocked Trump as a con artist.

“Little” Michael Bloomberg, who never had the guts to run for president, knows nothing about me. His last term as Mayor was a disaster!

This afternoon, Trump stuck to his familiar attacks and went on several long tangents. He started the rally by complaining the fire marshall permitted too few people into the venue. “Probably a Democrat,” he said.