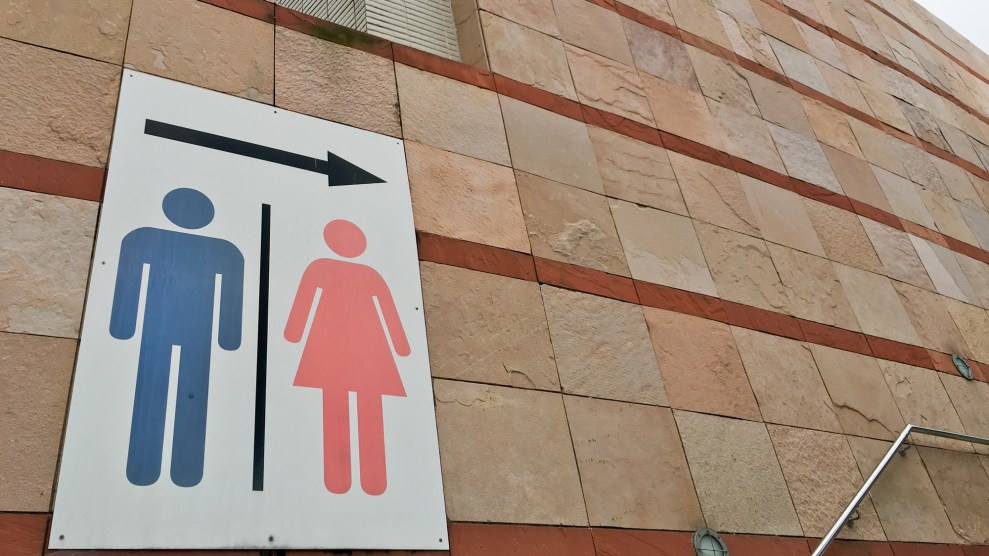 This year, states across the country have struggled with the question of whether transgender people should be allowed to use bathrooms corresponding with their gender identity rather than the sex listed on their birth certificate. In March, North Carolina enacted a law blocking trans people from public bathrooms of their choice, and lawmakers in many other states have considered similar legislation. Proponents of these bathroom bills say they want to protect women and girls from male sexual predators; opponents say the legislation discriminates against a vulnerable minority.

Some new statistics out Monday from the National Center for Transgender Equality show how bathroom access—or lack of access—can affect the health and safety of transgender adults. In the largest-ever survey of transgender people in the United States, the NCTE, an advocacy group, heard from more than 27,000 transgender adults in August and September 2015.

Mara Keisling, executive director of the NCTE, says the statistics show how transgender people are affected by discrimination and violence, and “how trans people try to work around the harassment and discrimination we fear every time we use public bathrooms.” Keisling noted that in a majority of states, restaurant and store managers can legally prevent transgender customers from using bathrooms of their choice or can boot them from the premises for being trans.

The bathroom statistics were released Monday as preliminary findings of the 2015 US Transgender Survey. More data will be available later this year.