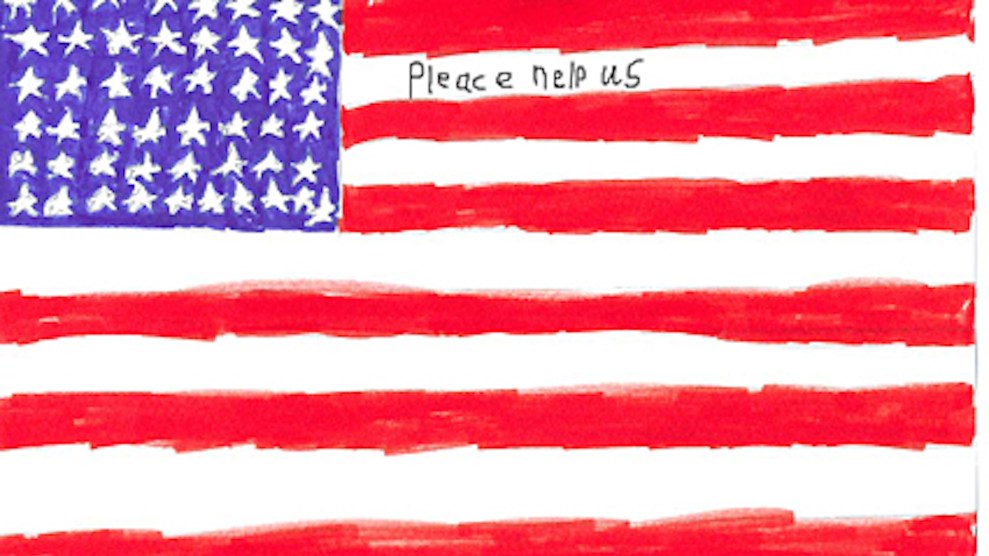 A drawing by an immigrant child at CCA's T. Don Hutto Residential Center.ACLU

The Department of Homeland Security (DHS) will reexamine its use of private prison companies to hold immigration detainees, Secretary of Homeland Security Jeh Johnson announced today. The decision comes less than two weeks after the Justice Department announced that it would close out its contracts with private prison companies, a decision that affects approximately 22,600 prisoners in 13 federal prisons.

Last Friday, Johnson directed an advisory council to evaluate whether DHS should “move in the same direction” as the Justice Department. The council is expected to report back by November 30.

If Immigration and Customs Enforcement, the DHS division that controls migrant detention, were to end its contracts with for-profit prison companies, the decision could be more significant than the Justice Department’s announcement. While private prisons oversee about 12 percent of federal inmates, for-profit companies operate 46 ICE facilities and oversee a daily average of 24,567 people, or 73 percent of immigration detainees.

The Corrections Corporation of America and the GEO Group, the country’s two largest for-profit prison companies, together control 8 of the country’s 10 biggest immigration detention centers. Both corporations’ stock prices took a severe hit after the Justice Department’s decision on August 18, and both are now facing class-action lawsuits from investors. Johnson’s announcement sent their stocks falling once again, with CCA slipping 9.4 percent and GEO falling 6 percent after the announcement.

Today, ICE is required by law to fill an average of 34,000 beds daily, a requirement instituted in 2010, when former Sen. Robert Byrd (D-W.V.) added the private detention quota to the DHS budget. As of December 2015, around 400,000 migrants were detained by ICE annually.