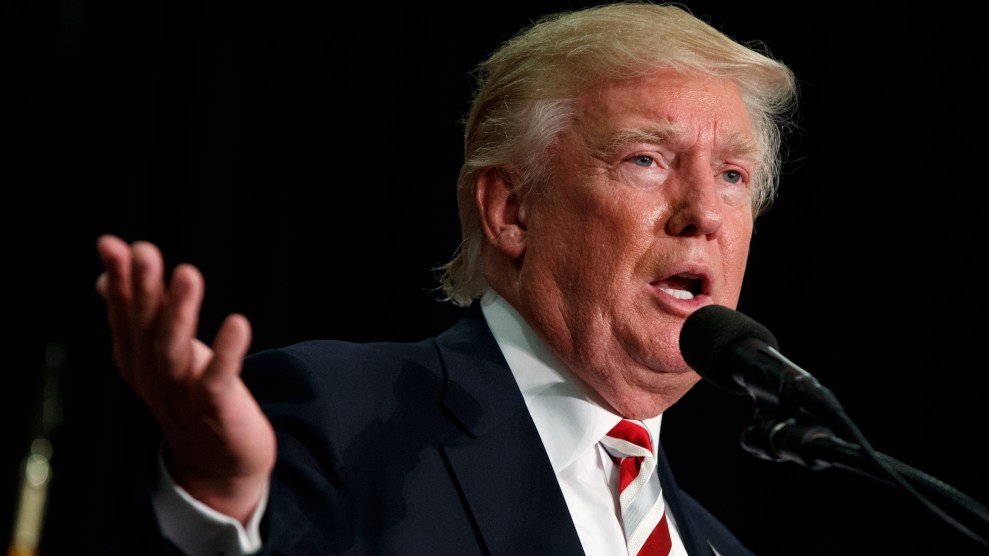 Republican presidential nominee Donald Trump seemed to suggest at a rally in North Carolina on Tuesday that Second Amendment advocates might take up arms against Hillary Clinton if she is elected.

“If she gets to pick her judges, nothing you can do, folks,” he told the crowd, which was booing the prospect of Clinton picking Supreme Court nominees. “Although the Second Amendment people. Maybe there is, I don’t know.”

Video—Trump: “If she gets to pick her judges —nothing you can do…Although the 2nd Amendment people maybe there is” https://t.co/eeofxE9qL4

What Trump meant isn’t entirely clear. He had been discussing the prospect that Clinton would pick justices who would “essentially abolish” the Second Amendment. But, as is the case with many of Trump’s statements at his rallies, he seemed to let a veiled threat hang in the air in the middle of a long and broken sentence.

The Clinton campaign responded with its own statement. “This is simple—what Trump is saying is dangerous,” said Robby Mook, Clinton’s campaign manager. “A person seeking to be the President of the United States should not suggest violence in any way.”