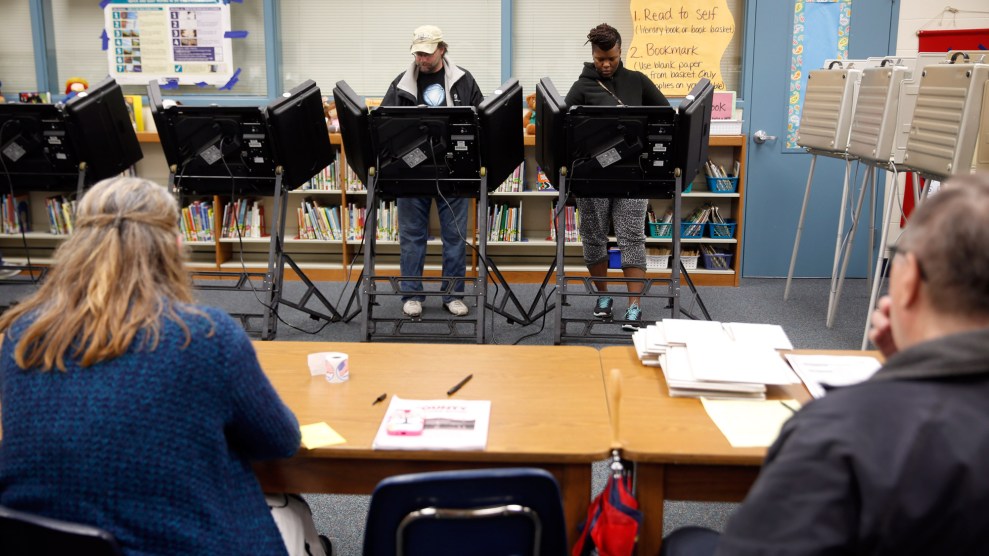 Black students make up more than 75 percent of students in the Ferguson-Florissant School District in Missouri, but only three of the seven school board members are black. On Monday, a federal district judge in the state ruled that the at-large election system used to choose the school board representatives violated the Voting Rights Act.

“It is my finding that the cumulative effects of historical discrimination, current political practices, and the socioeconomic conditions present in the District impact the ability of African Americans in [Ferguson-Florissant School District] to participate equally in Board elections,” District Judge Rodney Sippel wrote in an opinion. He added that the process “deprives African American voters of an equal opportunity to elect representatives of their choice” and that no elections could be conducted until a new system was put in place.

Voters in Ferguson had elected school board representatives every year in two or three at-large races, instead of voting for candidates representing specific subdistricts. The case, filed in December 2014 by the American Civil Liberties Union of Missouri and the Missouri chapter of the NAACP, alleged that this practice diluted black voter strength, leaving them “all but locked out of the political process.”

ACLU attorney Julie Ebenstein explained in April 2015 that since black voters in the district as a whole made up less than half the voting-age population, they were “systematically unable to elect” board members of their choice when casting ballots across all board seats. In 12 elections that took place between 2000 and 2015, five black candidates won school board seats out of 24 potential candidates, the judge noted in his opinion. Over that period, 22 white candidates won seats out of 37 potential contenders.

Cindy Ormsby, the school district’s attorney, told the St. Louis Post-Dispatch that the district was “very disappointed in the court’s decision.”

You can read the opinion below: