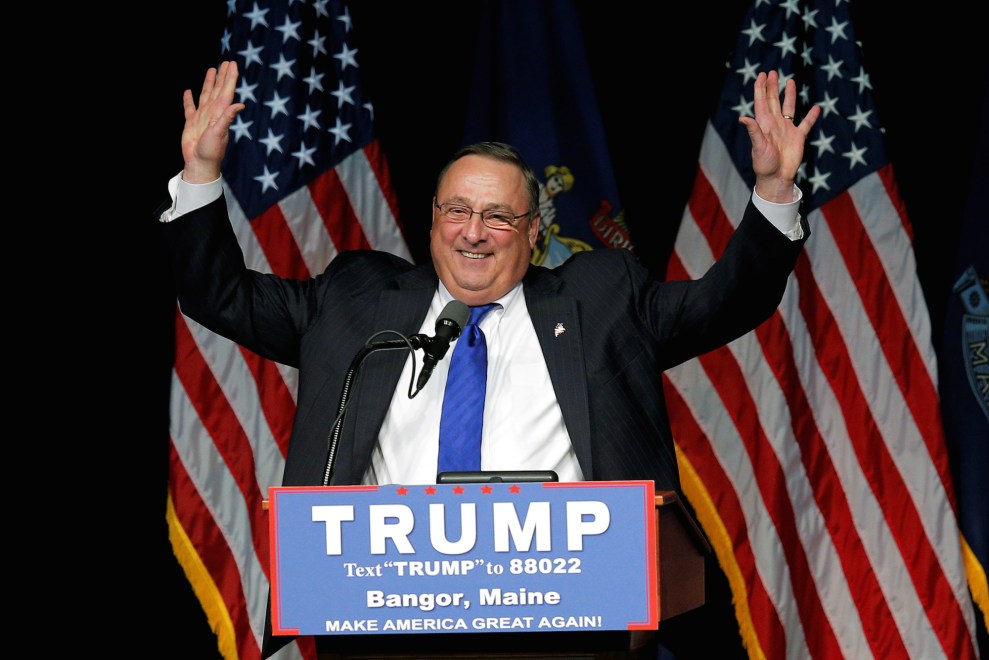 Update, 11:52 a.m. EST: In a statement, LePage said his suggestion to duel Gattine was not meant to incite any physical violence. The governor, who called himself a “history buff,” said he was aware that such a challenge is in fact illegal today.

Just one day after claiming 90 percent of the drug traffickers arrested in Maine are either black or Latino, the state’s combative Gov. Paul LePage left a threatening voicemail in which he called a state representative a “son of a bitch, socialist cocksucker.”

According to LePage, Rep. Drew Gattine, a Democrat, was one of several local lawmakers who called him a racist this week, an accusation Gattine has since denied.

“Mr. Gattine, this is Gov. Paul Richard LePage,” LePage is heard saying in a recording first reported by the Portland Press Herald. “I would like to talk to you about your comments about my being a racist. You cocksucker, I want to talk to you. I want you to prove that I’m a racist. I’ve spent my life helping black people and, you little son of a bitch socialist cocksucker, I want you to record this and make it public because I am after you. Thank you.”

Soon after leaving the profanity-laced message, LePage leaked the story of the voicemail to two reporters, telling them he wished it was 1826 so he could challenge Gattine to a formal duel.

“I would point it right between his eyes, because he is a snot-nosed little runt and he has not done a damn thing since he’s been in the Legislature to help move the state forward,” LePage told the Press Herald.