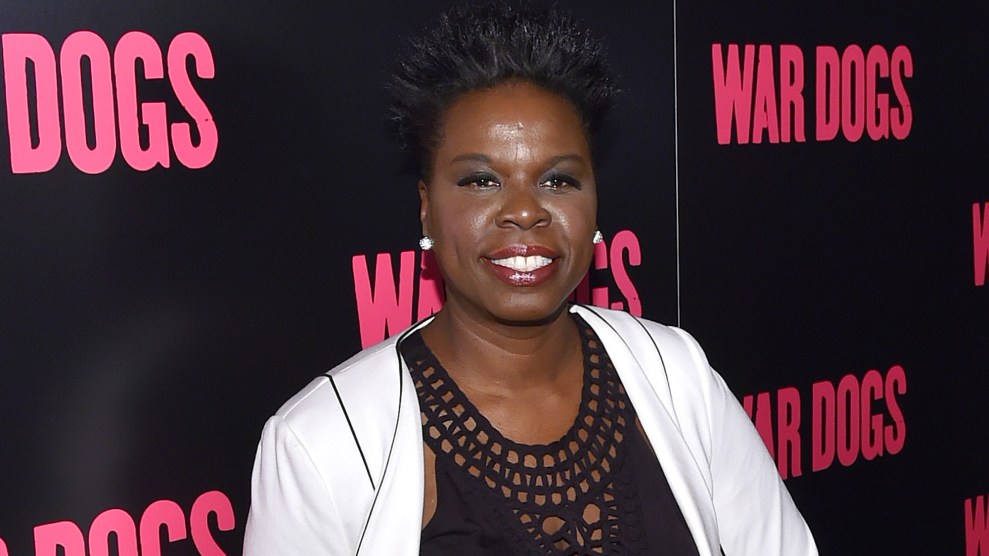 Update (8/25/2016): The Department of Homeland Security has announced that it is investigating the breach of Leslie Jones’ personal website.

Comedian and SNL star Leslie Jones has been targeted once again with aggressive online harassment. Today, hackers who broke into her personal website posted what appear to be nude photos and images of her passport and driver’s license. (Whether the explicit photos and ID images are real has not been confirmed.) The hackers also posted on Jones’ website—which was taken offline after the hack was discovered—a picture of Harambe, the gorilla shot and killed recently at the Cincinnati Zoo.

Last month, Jones was the target of a deluge of online abuse related to her co-starring role in the reboot of Ghostbusters. Some of the harassment involved racial slurs and photos of gorillas posted to her Twitter feed. Breitbart News technology editor Milo Yiannapolous—whose antics are detailed by Sara Posner in her recent piece on his boss, Trump campaign director Stephen Bannon—was banned from Twitter for helping incite the torrent of racist trolls. Jones has yet to comment on the hack but described her previous experience as her own “personal hell.”

I leave Twitter tonight with tears and a very sad heart. All this cause I did a movie. You can hate the movie but the shit I got today…wrong

Jones later reappeared on Twitter to post updates about the Olympics. During that time, she defended gymnast Gabby Douglas from an onslaught of online harassment, which began after Douglas stood at attention during the national anthem rather than placing her hand on her heart. After her website was hacked, supporters quickly came to her defense on social media. Here’s musician Questlove and Presidential nominee Hillary Clinton:

these acts against leslie jones….are sickening. its racist & sexist. it’s disgusting. this is hate crimes. this aint “kids joshing round”

@Lesdoggg, no one deserves this—least of all someone who brings us so much joy. I’m with you. -H