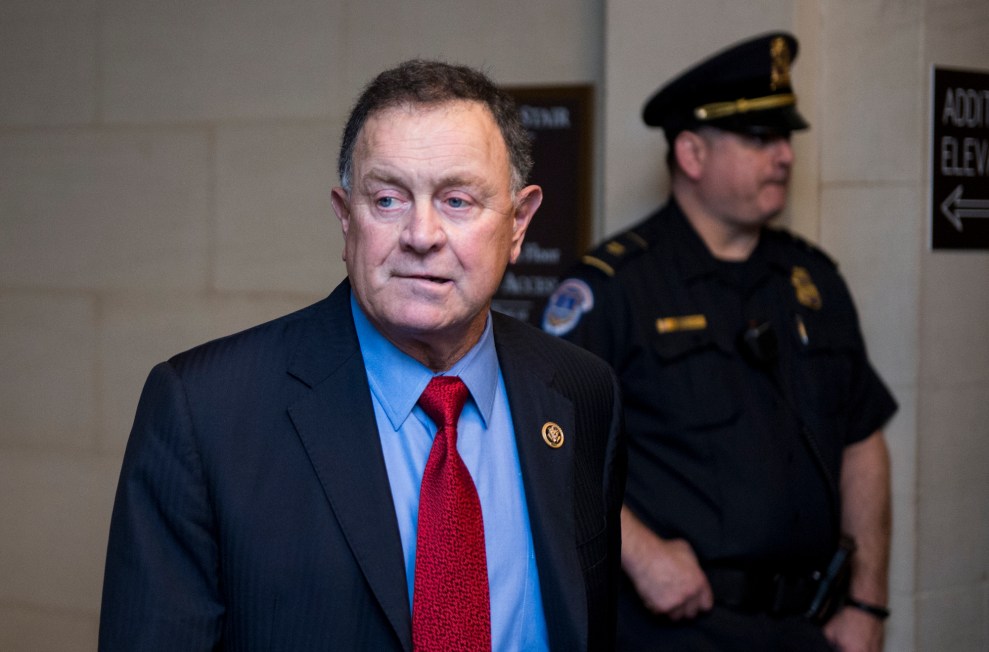 After months of denouncing Donald Trump, three-term congressman Richard Hanna (R-N.Y.) announced on Tuesday that he will vote for Hillary Clinton this November, a decision that makes him the first Republican member of Congress to cross party lines this election.

“He is unfit to serve our party and cannot lead this country,” Hanna wrote in a withering op-ed for Syracuse.com.

Hanna had been clear that he did not support Trump’s presidential bid back in March, saying he sought to elect a president his children could “look up to.” But Trump’s ongoing attacks against Khizr Khan, the father of a slain war hero who spoke at the Democratic National Convention, was the final straw.

In his latest foray of insults, Mr. Trump has attacked the parents of a slain U.S. soldier. Where do we draw the line?

Secretary Clinton has issues that, depending on where one stands, can be viewed as great or small. But she stands and has stood for causes bigger than herself for a lifetime. That matters. Mrs. Clinton has promoted many of the issues I have been committed to over the years including expanding education and supporting women’s health care.

While I disagree with her on many issues, I will vote for Mrs. Clinton.

The announcement comes amid similar rebukes from high-ranking Republicans, including Sen. John McCain and House Speaker Paul Ryan, after the GOP nominee smeared the Khan family for their convention address—one of the most poignant and emotional points of the four-day event. Despite their assurances that Trump’s remarks are not representative of the Republican Party, no elected Republican official—until now—has publicly switched support from the Republican to the Democratic nominee.

“All Republicans may not like the direction, but they can live to win or lose another day with a real candidate,” Hanna concluded. “Our response to the public’s anger and the need to rebuild requires complex solutions, experience, knowledge, and balance. Not bumper sticker slogans that panders to our disappointment, fear, and hate.”

Read the op-ed in its entirety at Syracuse.com.