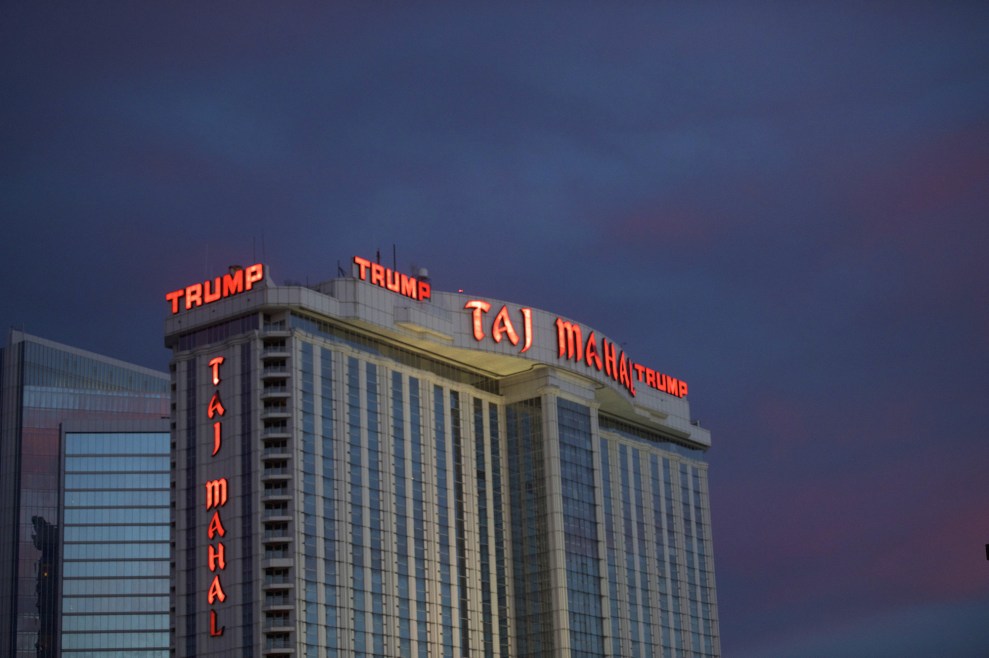 The Trump Taj Mahal in Atlantic City, once the crown jewel of Donald Trump’s sprawling casino empire, will officially close because of an ongoing strike and hemorrhaging losses, the Press of Atlantic City reported on Wednesday. The casino, which was originally owned by Trump but went bankrupt, only to be bailed out by billionaire-investor Carl Icahn, will close at the end of the summer.

Tony Rodio, president of Tropicana Entertainment, explained in a statement:

Currently the Taj is losing multi-millions a month, and now with this strike, we see no path to profitability. Our directors cannot just allow the Taj to continue burning through tens of millions of dollars when the union has single-handedly blocked any path to profitability. Unfortunately we’ve reached the point where we will have to close the Taj.

Trump, who filed for bankruptcy four times in the past three decades (one of those times with the Taj Mahal), has used his alleged business acumen as a qualification for the presidency. But as numerous reports have shown, the Republican nominee appears to have exaggerated his successes in real estate and the casino business.

In July, when Hillary Clinton took aim at her rival’s shoddy business record to make the case that a Trump presidency would destroy the American economy, she stood in front of the Taj Mahal.

The casino’s closure comes as yet another blow during one of the most chaotic weeks of Donald Trump’s presidential campaign. It began when Khizr Khan and his wife appeared at the Democratic National Convention to denounce Trump’s plan to ban Muslims from entering the country. Trump responded by attacking the Khan family. Despite sharp condemnation from top Republican leaders for his remarks, the real estate magnate has remained defiant, refusing to apologize for smearing the Gold Star parents.