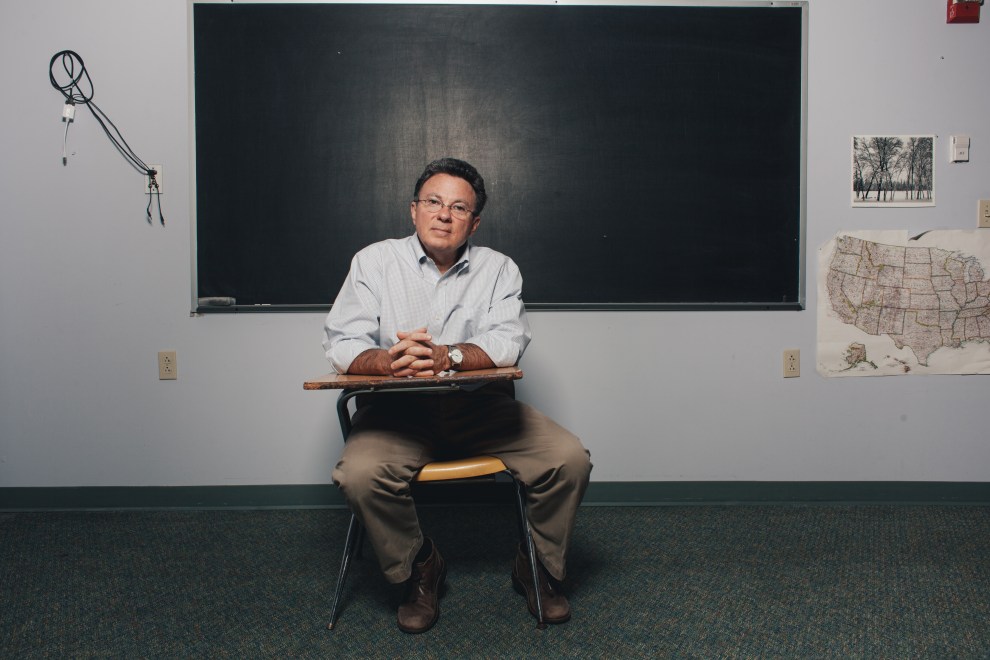 For more than a quarter century, psychologist and author Ross Greene specialized in the most challenging children. Last year, I wrote about how his collaborative approach to discipline is diverting the school-to-prison pipeline. Schools trained in his method reported suspensions falling by as much as 80 percent. And after implementing his model, youth prisons and an adolescent psychiatric ward saw recidivism, injuries, and the need for restraints drop by more than half.

Greene’s new book, Raising Human Beings: Creating a Collaborative Partnership With Your Child, addresses a broader audience and articulates a discipline and parenting framework for all children. One day, after he dropped his oldest child off at college, he spoke to me about the biggest parenting challenges, raising kids in a scary world, what parents should know as they face the back-to-school season, and what truly builds grit in children.

Mother Jones: This is your first book for a general parenting audience, as opposed to focusing on behaviorally challenging kids. What is different here?

Ross Greene: For a very long time, people have been saying to me, “What if you want to do this approach with every kid?” For a behaviorally challenging kid, you’re parenting this way just to help bring the kid’s behavior under control and to greatly reduce conflict. But you want to teach all kids the skills that are on the better side of human nature: empathy, appreciating how one’s behavior is affecting other people, resolving disagreements in ways that do not involve conflict, taking another’s perspective, honesty.

MJ: What are the most common mistakes you see parents make?

RG: The biggest mistake is overdoing it on the unilateral approach. Thinking you have more control than you really do. Losing sight of the fact that you’re your kid’s partner, not the person who’s pulling all the strings. Not letting them struggle. Swooping in and fixing everything and being way too punitive when punitive really doesn’t accomplish very much.

MJ: You write that modern parents are rejecting both authoritarian and permissive parenting—you call the approaches the “Dictatorial Kingdom” and the “Pushover Provinces.” But parents report feeling lost. Why is it so hard for parents to find a new path?

RG: Reason No. 1 is because of how they themselves were raised. Reason No. 2 is we’ve been lacking the technology. A lot of parents aren’t exactly sure how to go about solving a problem with a kid in a way that’s mutually satisfactory—doing that with their child feels very foreign to a lot of people. It probably explains why so many parents tell me their kids don’t listen to them and why so many kids tell me that they don’t feel heard.

MJ: Your discipline model has three specific steps. First, reflective listening to gather information from a child about the problem; second, sharing your concerns with the kid; third, working toward mutually satisfactory solutions. This can appear complicated and time-consuming, but when we wrote about it, some readers said it seemed intuitive and plain common sense. Which is it?

RG: I like to call it uncommon common sense. There is still quite the vibe out there that as a parent you have to be completely in control and in charge. This model acknowledges that being completely in control is a fantasy. This kid was someone the minute he or she popped out, and the idea that we can take this lump of clay and mold it into a form of our choosing is absolutely ludicrous. People still look askance at a kid in the supermarket who’s pitching a fit and think the parent is not sufficiently in control or not being sufficiently punitive. That’s an issue for a lot of parents as well.

“But most growth occurs when there’s incompatibility. When it comes to resilience, when it comes to pulling yourself up when you’ve fallen down, you don’t learn those things when things are going well.”

MJ: Your chapter on “Parental Angst” resonated with me. It’s one thing to read a book and decide to change your parenting—it’s another thing to stick with it. What gets in the way of parents implementing your model?

RG: It does take practice. It’s not something you do well the first time. Another huge challenge is that most parents are accustomed to dealing with problems in the heat of the moment. When people are rushed, they’re stressed and you greatly increase the likelihood of being punitive and unilateral just because you’re trying to grasp control. The vast majority of things parents and kids get in conflict over are highly predictable. We’re disagreeing about the same expectations the kid is having difficulty meeting every hour, every day, every week. Because it’s predictable, we can have these conversations proactively. That is very hard for people.

MJ: Why is it useful to shift one’s view from “this child is misbehaving” to “the child is having difficulty meeting expectations”?

RG: Parents are much more likely to be attuned to what they don’t like than they are to the expectations that the kid is having difficulty meeting. Challenging behavior is just a signal, the fever, the means by which the kid is communicating that he or she is having difficulty meeting an expectation. Everybody is talking about the behavior. Behaviors float downstream to us. We need to paddle upstream. The problems that are causing the behaviors, that’s what’s waiting for us. It’s a crucial paradigm shift. We’re moving away from carrots and sticks, and time-outs and privileges gained and lost, and suspensions and detentions in schools, none of which will actually solve the problems that are actually causing the behaviors. It’s a whole lot more productive to be in problem-solving mode than it is to be in behavior modification mode. We’re focused on what’s causing the fever.

MJ: Can you explain how compatibility informs parents’ actions?

RG: When there’s a good fit between skills and expectations, there’s what we call compatibility, and we would expect a good outcome. When there’s a poor fit between expectations and the capacity of the kid, there is incompatibility, and that’s when we see people exhibit challenging behavior. People don’t scream or swear or pout or sulk when there’s compatibility. But most growth occurs when there’s incompatibility. When it comes to resilience, when it comes to pulling yourself up when you’ve fallen down, you don’t learn those things when things are going well. You learn those things when you’re struggling. So that’s when parents have to decide: “Am I going to swoop in and take control here to make sure that things go really well for my kid? Or am I going to do this in a collaborative fashion so that the problem ultimately does get solved but I’m involving my kid in the process so he learns how to do it for himself?” How I conduct myself when I get involved goes a long way to determining whether my kid is going to have the skills to solve the problem themselves in the long run.

MJ: What are the most common conflict areas between parents and kids?

RG: Homework. It’s so crucial to really get a good handle on what’s getting in the way of the kid completing a homework assignment. It can be so many things. Kids are overprogrammed these days. School is very demanding these days. No kid should be getting three or four hours of homework a night. There’s no breathing time, there’s no family time, there are just extracurriculars and homework and then go to bed. That’s a solution that has to involve the school as well.

Screen time is another very common one. It’s become a really important way for people to communicate with each other these days. But if we’re sitting at dinner and there’s no conversation going on because everybody’s got their head someplace else in their iPhone, that’s a family problem that needs to be solved. Solutions can’t be imposed. That just fosters resentment. If a solution isn’t mutually satisfactory, it’s not going to stick.

MJ: You write about kids who become suicidal, cut themselves, struggle to succeed in life. Parental fear is behind a lot of the controlling behavior. What can parents do to let go a bit and follow your advice to raise human beings?

RG: I just dropped my 18-year-old daughter off at college. I have fears about how she’s going to do academically. I have fears about how she’s going to do socially. I’m worried. I also have faith. Over 18 years of us solving problems together, my daughter has shown me that she’s got a good head on her shoulders, that she is pretty good at solving the problems that affect her life. If she wants my input, she gets it. If we’re being unilateral, then communication does not happen, the relationship does not happen. We never get to see that our kid is capable of solving problems on her own. We never start to build up the faith that they can actually do it.

We have forgotten that those skills on the more positive side of human nature have to be taught, have to be modeled, have to be practiced. The method of parenting described in Raising Human Beings is a perfect mechanism for teaching those skills. This is not me in sales mode, I fervently believe there’s never been a more important time for this book. It’s a scary world out there.

MJ: As we go into a new school year, what’s the one takeaway you want parents to have from your book?

RG: Be your kid’s collaborative partner, but also be a collaborative partner with the folks at school. Schools can be pretty unilateral too. Show them you know how to collaborate. Show them this is not about power. Let them know detentions and suspensions and paddling don’t solve the problems that are affecting kids’ lives. Those problems can be identified and solved but not by being punitive. My advice to educators is collaborate with parents; they know a lot about their kids.