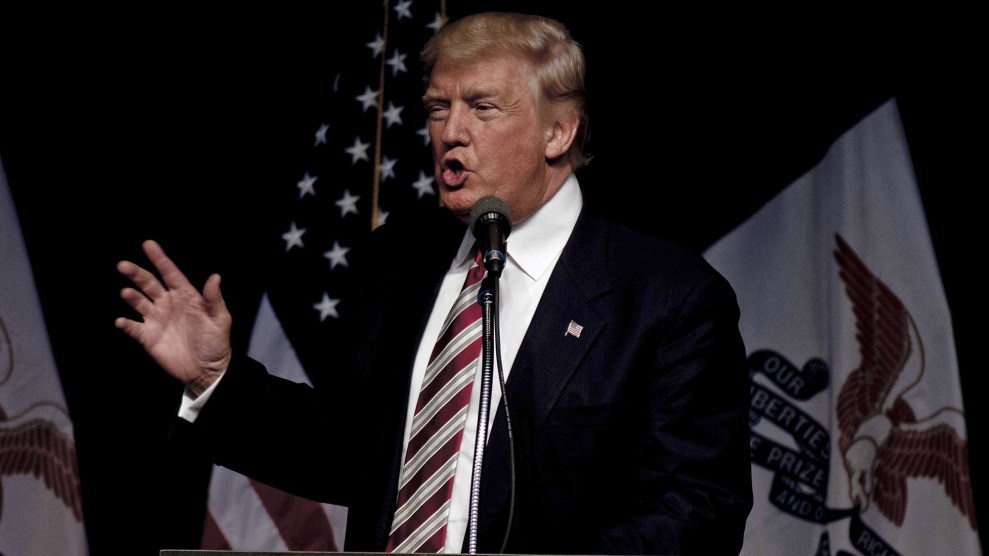 On Wednesday, the same day his daughter withered under questioning about his health care plan from Cosmopolitan magazine, Donald Trump recorded an interview on the Dr. Oz Show. But if he worried about facing similarly tough questions on the episode, which aired Thursday afternoon, Mehmet Oz quickly set him at ease.

Over the course of the one-hour daytime show, Oz complimented Trump on his health and lofted a host of softball questions for Trump. Trump surprised the host early in the episode by reaching into his jacket pocket and pulling out the one-page recap of a recent physical examine.

“If a patient of mine had these records,” Oz said, “I’d be really happy and send them on their way.”

Trump barely exercises, he told Oz, but views himself as in peak physical shape, despite being 70 years old. Trump cited his stump speeches as his primary form of physical activity these days. “I’m up there using a lot of motion,” Trump said. “I guess in its own way it’s a pretty healthy act.” He also said the conditions at his events help him work up a sweat. “These rooms are very hot, like saunas,” he said. “I guess that’s a form of exercise.”

Trump used to play a lot of golf but said the constant travel of the presidential season has kept him off the greens. Still, he still made frequent mention of his golf game, boasting that he’d won club championships. (He didn’t mention that he’s been accused of cheating.) He bragged that he’s a better golfer than he was 15 or 20 years ago—another sign, he said, that he’s in great shape. When Oz asked what Trump sees in the mirror, Trump said he sees a 35-year-old, and he compared his physical fitness to that of his friend Tom Brady (who’s also been accused of cheating at sports).

At the end of the episode, Oz pointed out that Trump weighs 236 pounds. That prompted a rare admission from Trump that he’s not perfect: He said he’d like to drop 15 to 20 pounds. Maybe kicking the fast-food habit would help with that goal.