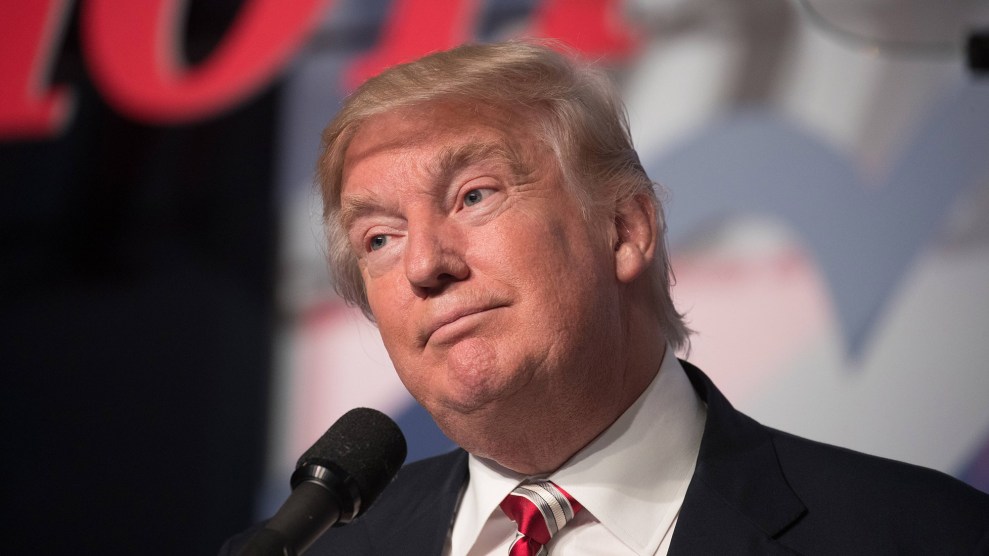 When Donald Trump swings by Dr. Mehmet Oz’s TV studio in New York on Wednesday to tape an episode about the Republican presidential candidate’s health that is scheduled to air Thursday, the two should find a lot of common ground. Beyond their status as reality TV stars, they share a history of peddling questionable nutritional supplements.

Dr. Oz—who by most accounts is a skilled cardiothoracic surgeon when he’s actually practicing medicine—has used his show to promote dubious medical advice and products. “Much of the advice Oz offers is sensible, and is rooted solidly in scientific literature,” the New Yorker‘s Michael Specter wrote in a 2013 profile of Oz. “That is why the rest of what he does is so hard to understand. Oz is an experienced surgeon, yet almost daily he employs words that serious scientists shun, like ‘startling,’ ‘breakthrough,’ ‘radical,’ ‘revolutionary,’ and ‘miracle.’ There are miracle drinks and miracle meal plans and miracles to stop aging and miracles to fight fat.”

In 2014, Sen. Claire McCaskill (D-Mo.) ripped into Oz at a congressional hearing, accusing him of hyping unproven weight-loss supplements as cure-alls. “The scientific community is almost monolithic against you in terms of the efficacy of the three products that you called ‘miracles,'” McCaskill said. “When you call a product a miracle, and it’s something you can buy, and it’s something that gives people false hope, I just don’t understand why you needed to go there.” Oz defended himself at the hearing by pointing out that he does not officially endorse these products or market them outside of his show. “I recognize that oftentimes they don’t have the scientific muster to present as fact,” he said, “but nevertheless I would give my audience the advice I give my family all the time, and I have given my family these products.”

Trump is no stranger to dubious health schemes. One of his many branding business ventures was the Trump Network, a multi-level marketing company that promised consumers a customized regimen of dietary supplements. As reported in an investigation by STAT‘s Ike Swetlitz, Trump licensed his name and family crest in 2009 to an existing set of products from a company named Ideal Health. The marquee item on sale was a home urine test that customers could ship to the Trump Network in order to receive a set of vitamins supposedly tailored to their needs. Except as STAT noted in its investigation, there was no science behind it or peer-reviewed evidence to back up its claims. (The products didn’t require Food and Drug Administration approval.) These packages weren’t cheap either. The initial test and first month’s supply ran $139.95, with subsequent months costing $69.95.

Trump didn’t own the company, but he lent his full endorsement to the business. In March 2011, he tweeted that the Trump Network’s products could help people lead “better lives.”

I want to see people make lots of $$ and live better lives. I really think they can do that through TheTrumpNetwork http://trumpnetwork.com/

He even cut a video touting the genius of the Trump Network—though it was mostly a jumble of vague, meaningless business-speak about how you could make a bunch of money selling the products rather than an endorsement of the vitamins from a health standpoint. “Americans need a new plan, they need a new dream,” he said. “The Trump Network wants to give millions of people renewed hope and with an exciting plan to opt out of the recession.”

Update: The episode was initially billed as a big reveal of Trump’s full medical records, but on Wednesday the Trump campaign said that Oz won’t be getting a hold of Trump’s medical records ahead of the taping and that Trump won’t be revealing his records on the show. According to CNN, Trump and Oz will just be discussing Trump’s “physical activity, dietary habits, and broader health-related issues.”

Update 2: It looks like Trump changed his mind. In a clip released by the show Wednesday afternoon, Trump pulled out the papers documenting his most recent physical, and handed the records over to Oz. While a few details have leaked thanks to members of the show’s studio audience, we’ll have to wait until the episode airs Thursday to learn just how detailed Trump went in revealing his health history.