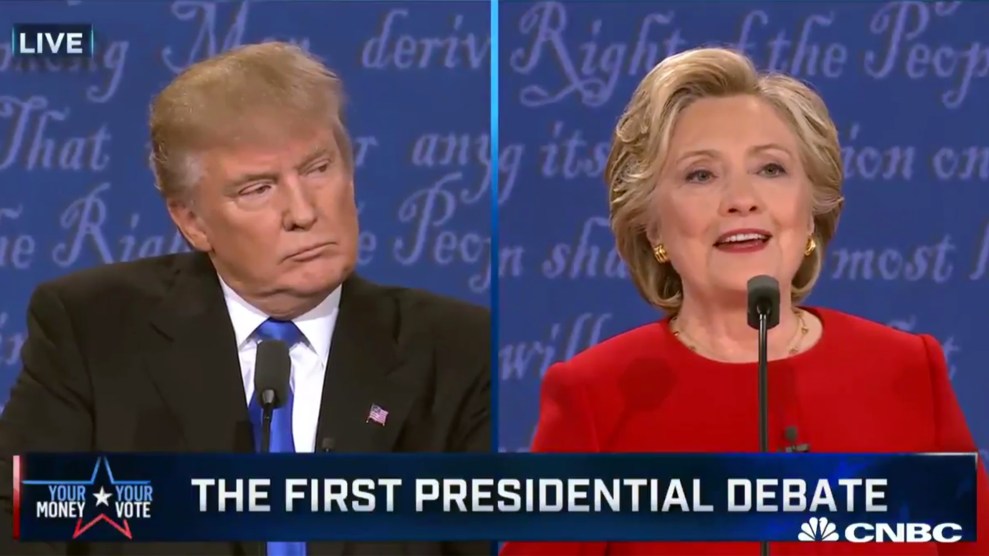 Hillary Clinton took her rival Donald Trump to task tonight, during the first presidential debate of the general election, for not releasing his tax returns. During a particularly spirited early exchange, Clinton targeted Trump for his claim that he could not release his returns because he was under audit—and for questions surrounding about how much in federal taxes he has actually paid over the years. “Maybe he’s not as rich as he says he is,” Clinton said.

Clinton: No reason to believe Trump will ever release tax returns, he must be hiding something #debates pic.twitter.com/IRDbW4UbaS