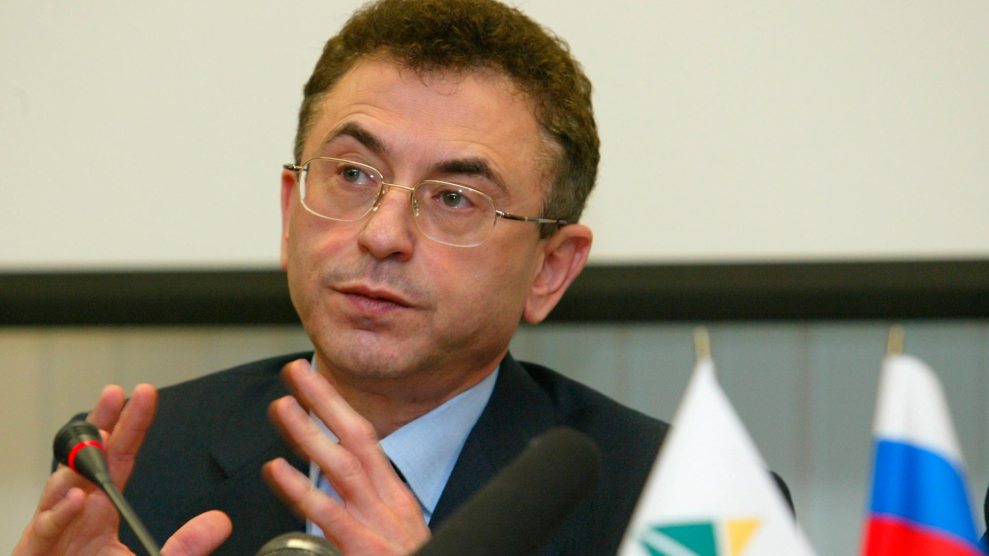 On Monday, Donald Trump’s campaign continued to come under fire for its mysterious—and seemingly ever expanding—connections to Russia, as one of his foreign policy advisers, Carter Page, left the campaign amid allegations that he held meetings with Russian government officials and discussed possibly lifting US sanctions in the event of a Trump presidency. (Page called these allegations “complete garbage.”)

Now there’s another Russian connection to add the list: Open Secrets reported Monday that Simon Grigorievich Kukes, a Russian-American oil magnate who has headed a number of Russian oil companies, has given more than $150,000 to the Trump campaign and Trump Victory, the campaign’s joint fundraising committee, since March of this year. These donations mark the first time he’s contributed to federal elections, according to FEC filings.

Kukes, a US citizen who was born in the former USSR and immigrated in his twenties, has worked at or led a number of Russian oil companies. After returning to Russia in 1995 to be a vice president at the Moscow office of Amoco oil, an American company, he went to work as a vice president at Yukos oil, one of Russia’s largest oil companies. In 1998, he was hired to lead Tyumen, a large Russian oil producer, as president and CEO; in 2003, Kukes returned to Yukos on the heels of the high-profile ouster of Mikhail Khodorkovsky, the company’s president and then the richest man in Russia. Khodorkovsky was sentenced to 10 years in prison on tax evasion charges that are widely-believed to have been trumped up by the Putin administration as retaliation for the billionaire’s advocacy for democracy and corporate governance reform

Kukes took over as Yukos’ CEO in June 2003 following Khodorkovsky’s exit, but left the company a year later to become the co-owner of a different Russian oil company, Samara-Nafta.

On his donation filings, Kukes lists himself as retired, but Open Secrets notes that he’s still involved in the oil industry: He’s the CEO of NAFTA Consulting, a group that advises oil companies in the US and Russia, and is on the board of Leverate, a software company that hosts trading platforms. And Kukes isn’t just a fan of Trump’s presidential campaign: In 2000, he bought a five-room condo for $1.7 million in Manhattan’s Trump Parc.