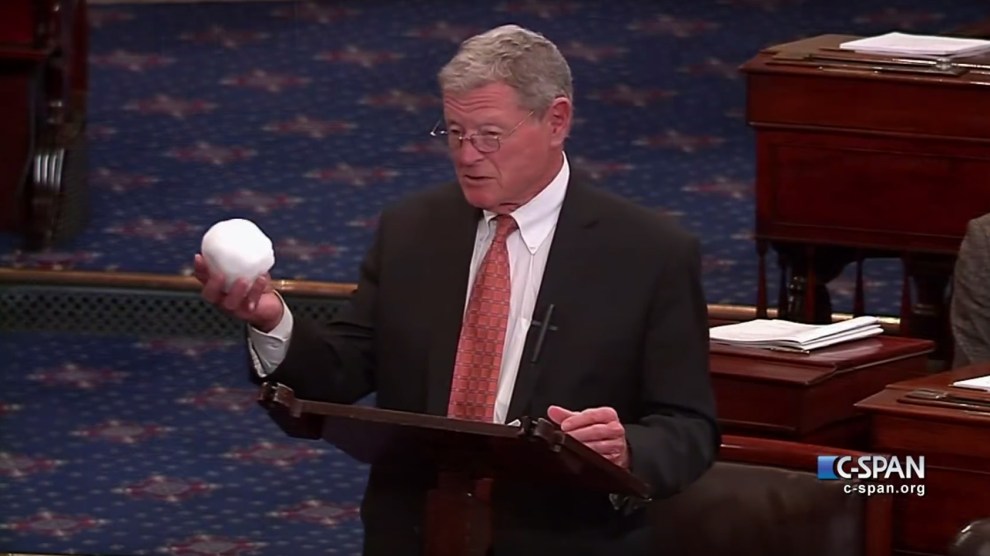 History is riddled with science denial. From Newton’s law of gravitation to Hanaoka Seinshu’s use of anesthesia, there’s no shortage of discoveries that have been scoffed at, ridiculed, and wholly rejected by prominent thinkers before eventually settling into the human narrative. But too often, significant damage is done—and sometimes lives are lost—while these debates play out. After centuries of dismissing scientific discoveries, only to be proven wrong time and again, you’d think we’d learn to have a little more faith in the experts.

In the era of social media, around-the-clock cable news, and Donald Trump, preventing the spread of misinformation has become one of the greatest challenges facing the scientific community. That’s especially true when it comes to politics. On this week’s episode of the Inquiring Minds podcast, science journalist and author Dave Levitan calls out some of Washington’s worst offenders.

As a former writer for Factcheck.org’s SciCheck project—part of the Annenberg Public Policy Center—Levitan has spent countless hours pouring over statements made by politicians about science. Sometimes our leaders get the facts right. But frequently, says Levitan, they distort, misrepresent, or flat-out fabricate the data in order to pander to their audience or push an agenda. That’s the subject of Levitan’s forthcoming book, Not a Scientist: How Politicians Mistake, Misrepresent, and Utterly Mangle Science. To hear Levitan and co-host Kishore Hari dissect the many different techniques that our country’s leaders use to distort science, click below:

While misleading rhetoric is nothing new in politics, the danger it poses to environmental and public health may be at an all-time high. In a country where scientific literacy is already in decline, misinformation about topics as significant as climate change or infectious diseases can have devastating consequences. Yet many politicians, purposely or not, continue to get the science wrong. Levitan points to Sen. James Inhofe (R-Okla.) as an example of the perfect “denier-in-chief.” Last year, Inhofe brought a snowball to the Senate floor to dispute the science of global warming. His implication: Because there was snow on the ground, the Earth couldn’t possibly be getting warmer. It was a classic display of a cherry-picking politician using a single data point to obscure an indisputable trend: 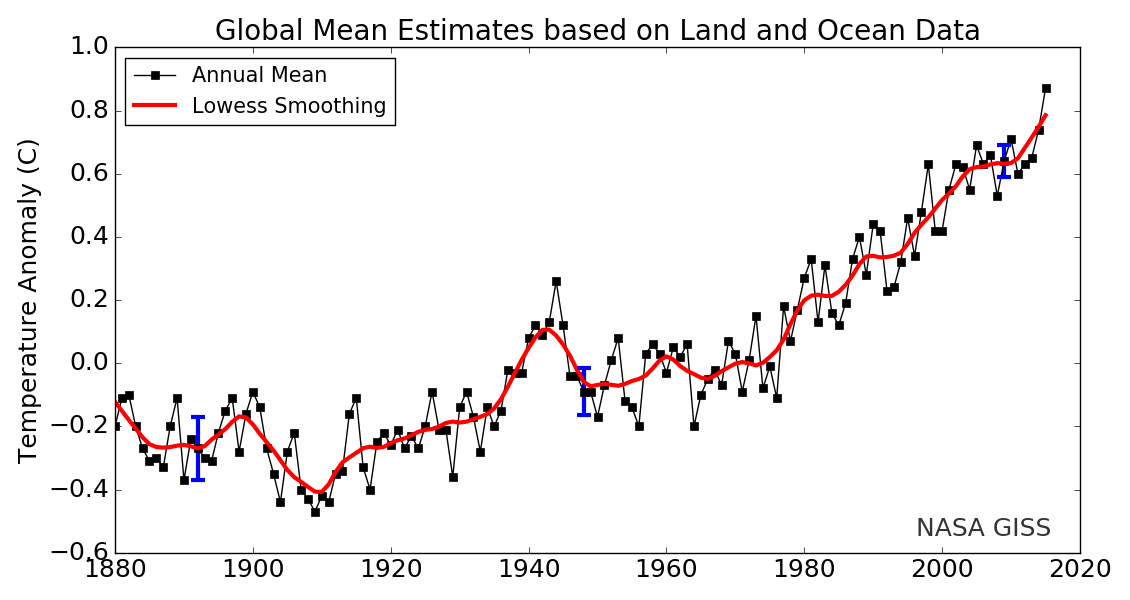 Two years ago, as Sen. Rand Paul (R-Ky.) was gearing up to run for president, he slammed the National Institutes of Health for funding research on fruit flies. “Have you seen what the NIH spends money on?” Paul said, according to the Washington Post. “Nine hundred and thirty-nine thousand dollars spent to discover whether or not male fruit flies would like to consort with younger female fruit flies.” When you put it like that, the NIH sounds ridiculous. But Paul missed the mark completely. As Levitan wrote at the time:

[T]he characterization of the project as simply testing “whether male fruit flies like younger female fruit flies” is misleading. The study was in fact part of ongoing work looking into olfaction and other sensory perception, the aging process and how it relates to sexual and social activity. A paper that came out of the same line of inquiry appeared in the prestigious journal Science in 2013, showing that exposure to female pheromones without the opportunity to mate actually decreased male flies’ life spans. In short, sexual reward “specifically promoted healthy aging,” according to [Scott] Pletcher [the scientist whose research Paul was criticizing]. His lab’s work could yield insights both into how humans age and into aging-related diseases…Paul is entitled to his opinions on where government funds are best spent, but the study of flies has yielded important benefits to human health.”

Misrepresenting research is “a way to get people to not want the government to spend money,” Levitan says. “The effect, though, is that people don’t understand the importance of basic science research.”

Of course, scientists share the burden of communicating their findings clearly, but most of them don’t have the public megaphones that elected officials do. “Politicians have a lot of responsibility,” Levitan says. “They’re the ones legislating and governing where money goes and what science actually can get done. Some random scientist can’t just decide he’s going to give a speech and everyone will watch.”

In the end, Levitan offers voters a simple way to sift through the BS: Have a healthy degree of skepticism when politicians talk about science. “If they’re making fun of basic research,” he says, “they’re probably wrong.” And his advice to the politicians: Let the scientific consensus be your talking point.