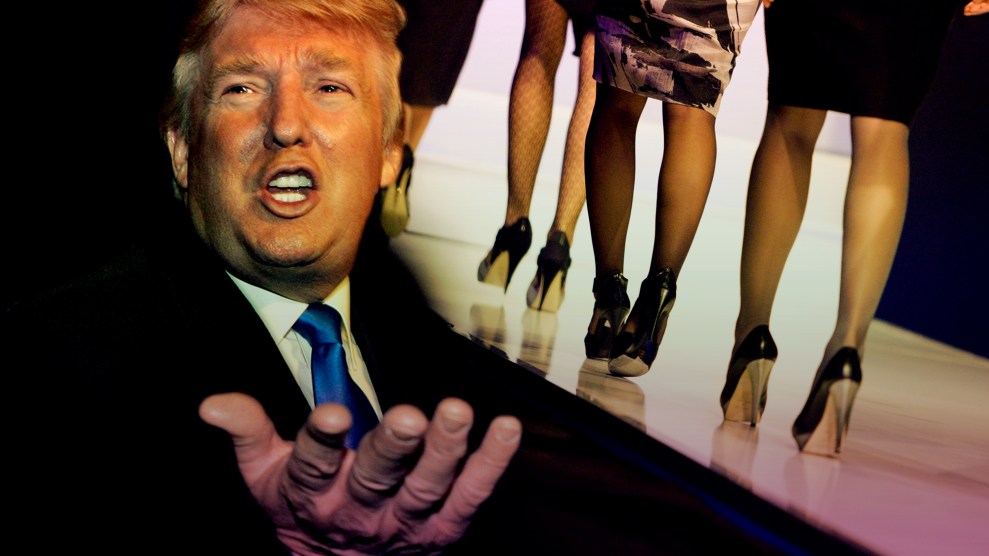 On Thursday, Donald Trump’s business empire finally broke its silence on Mother Jones‘ investigation of the GOP nominee’s modeling agency, Trump Model Management. The story reported that Trump’s firm had used foreign models who worked in the United States illegally, and it prompted a request by Sen. Barbara Boxer (D-Calif.) for a formal investigation by the Department of Homeland Security into alleged labor and immigration violations by the company.

The Trump campaign declined to comment for Mother Jones‘ story, and Trump Model Management did not respond to numerous calls and emails. But in the first public response to the story from inside Trump’s corporate world, Ronald Lieberman, executive vice president for management and development at the Trump Organization, commented on the allegation on Thursday in an article published by Bloomberg BNA. The Trump executive did not deny that foreign Trump models had worked in the United States without proper visas. He said the cases highlighted in Mother Jones story had occurred “many, many years ago,” adding that he couldn’t speak about what might have happened 10 or more years ago without reviewing company records.

Two former Trump models who shared their stories with Mother Jones said they worked for the agency in 2004 on tourist visas. Another former model spent the summer of 2009 modeling for the agency without a work visa. Financial and immigration records from a recent lawsuit against Trump Model Management by former model Alexia Palmer reveal that she, too, worked for the company without work authorization in 2011, appearing in a photo shoot with the stars of Glee in Teen Vogue several months before she was given the proper visa.

When asked about Palmer’s case, Lieberman told Bloomberg BNA that her suit was “completely dismissed.” Palmer’s case did not address her immigration status while with Trump’s agency, only her allegations of wage theft and fraud. Since a federal court in New York dismissed her case in March, Palmer filed another complaint with the Department of Labor, which was dismissed in August, this time for being filed after the statute of limitations had expired. Palmer’s lawyer, Naresh Gehi, told Mother Jones he is appealing the decision.

Lieberman told Bloomberg BNA that while he couldn’t speak to the past, Trump Model Management was now in full compliance with the law. “Everything is being done perfectly,” he said. “Every girl has what they need to work.”

Mother Jones contacted Lieberman’s office on Friday to clarify his comments, but was told he was in budget meetings all day.