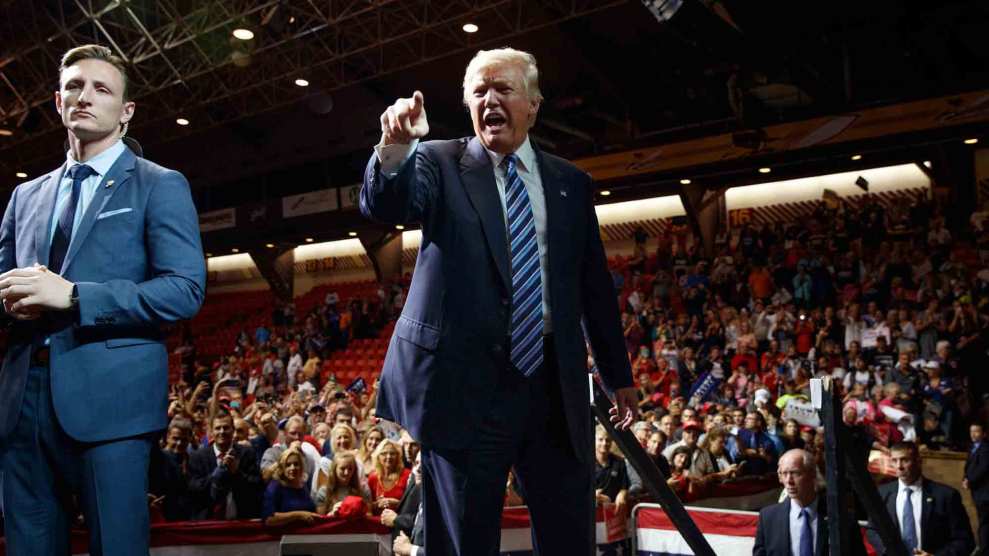 Donald Trump said on Friday morning that he’ll make a “big announcement” during a speech at his new Washington, DC hotel regarding his longstanding claims that President Barack Obama wasn’t born in the United States. The announcement may be the first time that Trump publicly says he believes Obama was born in the United States, reversing years of high-profile advocacy for the “birther” movement.

Trump was the most prominent champion of birtherism, a right-wing conspiracy theory that claims Obama was actually born in Kenya and denies that his birth certificates are real. His campaign has recently tried to distance Trump from his birther past. On Thursday, Trump declined to answer a question from the Washington Post about whether he still believed that Obama was not a US citizen. Jason Miller, the Trump campaign’s senior communications adviser, issued a statement later that day saying that “Mr. Trump believes that President Obama was born in the United States.?”

As Mother Jones‘ Tim Murphy pointed out, nearly every word of the statement was a lie. Trump has never personally disavowed his birther statements, and the statement falsely claimed that Hillary Clinton started the birther movement during the 2008 and that Trump had stopped discussing the issue after he achieved “closure” by “compelling” the release of Obama’s long-form birth certificate in 2011. Neither statement is true, but Trump repeated one of those claims on Friday morning during an interview on Fox Business Channel. “She is the one that started it and she was unable or incapable of finishing it,” he said. “That’s the way it worked out.”