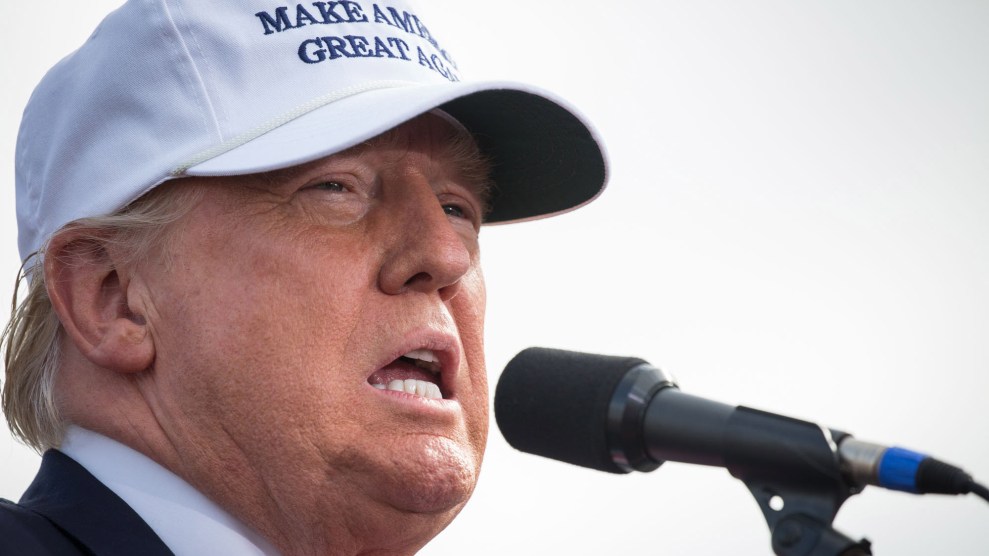 Yet another woman has alleged that she was sexually assaulted by Republican presidential candidate Donald Trump. Kristin Anderson told the Washington Post‘s Karen Tumulty that, at a nightclub in the early 1990s, Trump reached under her skirt to grope her genitals. Anderson, whose story was corroborated by friends, decided to come forward with her story after a 2005 video surfaced last week in which Trump brags that his fame allows him to cavalierly grope women. “Grab them by the pussy. You can do anything,” he said in the clip.

“It wasn’t a sexual come-on,” Anderson told the Post of her encounter with Trump. “I don’t know why he did it. It was like just to prove that he could do it, and nothing would happen. There was zero conversation. We didn’t even really look at each other. It was very random, very nonchalant on his part.”

This is just the latest revelation of Trump forcing himself on women. On Wednesday, the New York Times published accounts from two women who told the paper that Trump had groped them. The Guardian, CBS, and BuzzFeed have also reported numerous tales from contestants at Trump’s pageants who say Trump had burst into their dressing rooms while the contestants were undressed. And this week a People reporter detailed a 2005 encounter with Trump when he allegedly cornered her in an empty room, pushed her against the wall, and began kissing her.

Trump has denied allegations that he has touched women inappropriately. On Thursday, he angrily lashed out at his accusers at a rally in West Palm Beach, Florida. “These events never happened—and the people who brought them—you take a look at these people, you study these people, and you’ll understand that also,” he said.