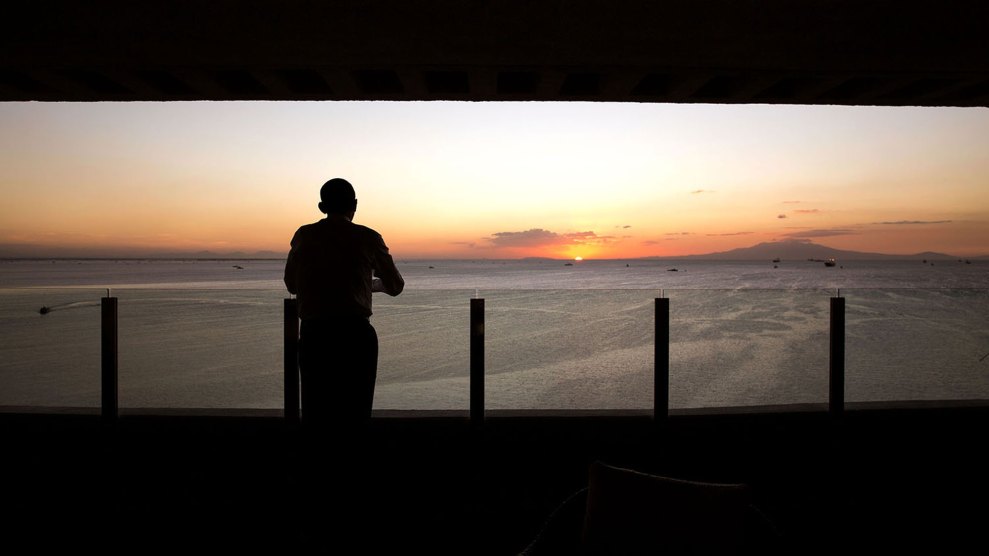 President Barack Obama’s approval rating is the highest it has been in 45 months, and Republicans have taken note. In Ohio, Sen. Rob Portman is running an ad boasting of his work with the Democratic commander in chief “to break the grip of heroin addiction.” In California, Rep. Darrell Issa—who once called Obama “one of the most corrupt presidents in modern times”—is sending out mailers with Obama’s face on them, touting his work with the president “to protect victims of sexual assault.”

How scared is an unpopular Issa that Doug Applegate will beat him? Scared enough to use a photo of Obama on a mailer pic.twitter.com/DqXUGStSZs

There is a problem with that strategy, though, which is that Obama seems determined to spend the last two weeks of the election laying waste to every Republican who ever crossed him. Though Obama was a liability to Democrats in the 2014 midterms, his renewed popularity has made him the most sought-after advocate for Hillary Clinton and down-ballot Democrats this fall. At rallies and in fundraisers in battleground states and swing districts, Obama has ripped into Republican lawmakers with a mix of exasperation and disdain, mocking their belated rejection (or continued support) of Donald Trump and casting the GOP presidential nominee as the logical endpoint of eight years of toxic hostility.

Issa, who is facing his most competitive race in years, was the most recent Republican to feel his wrath. At a fundraiser in La Jolla on Sunday, Obama trashed the California Republican for his mailer. “Issa’s primary contribution to the United States Congress has been to obstruct and to waste taxpayer dollars on trumped-up investigations that have led nowhere,” he said. “This is now a guy who, because poll numbers are bad, has sent out brochures with my picture on them touting his cooperation on issues with me. Now that is the definition of chutzpah.”

Earlier on Sunday, while campaigning in Las Vegas for Senate candidate Catherine Cortez Masto, Obama attacked her opponent, Republican Rep. Joe Heck, for renouncing Trump only after a tape surfaced of the nominee bragging about sexual assault. “Catherine’s been a national leader in the fight against sex trafficking of teenage girls and violence against women and passed laws to make sure the penalties are tougher for predators, expanded sex offender registries, gave victims the right to sue their captors—and the other guy supported Donald Trump,” Obama said.

Obama’s criticism of Heck wasn’t even really about Joe Heck. It was an attempt to have the last word on the personal and political fights of the last eight years—to take the conspiracy theories and obstruction that dogged his presidency from day one and throw them back in Republicans’ faces:

Here’s the thing. For years, Republican politicians and the far-right media outlets have pumped up all kinds of crazy stuff about me. About Hillary. About Harry. They said I wasn’t born here. They said climate change is a hoax. They said that I was going to take everybody’s guns away! They said that while we were doing military exercises that we’ve been doing forever, suddenly this was a plot to impose martial law. This is what they’ve been saying for years now! So people have been hearing it they start thinking well maybe it’s true! And if the world they’ve been seeing is I’m powerful enough to cause hurricanes on my own and to steal everybody’s guns in the middle of the night and impose martial law—even though I can’t talk without a ‘prompter—then is it any wonder that they end up nominating somebody like Donald Trump?

And the fact is that there are a lot of politicians who knew better. There are a lot of senators who knew better but they went along with these stories because they figured you know what this’ll help rile up the base, it’ll give us an excuse to obstruct what we’re trying to do, we won’t be able to appoint judges, we’ll gum up the works, we’ll create gridlock, it’ll give us a political advantage. So they just stood by and said nothing and their base began to actually believe this stuff. So Donald Trump did not start this. Donald Trump didn’t start it, he just did what he always did which is slap his name on it, take credit for it, and promote it. That’s what he always does. And so now, when suddenly it’s not working and people are saying wow this guy’s kind of out of line, all of a sudden these Republican politicians who were okay with all this crazy stuff up to a point suddenly they’re all walking away. Oh, this is too much. So when you finally get him on tape bragging about actions that qualify as sexual assault and his poll numbers go down, suddenly that’s a deal-breaker. Well what took you so long! What the heck! What took you so long! All these years!

Obama’s revenge tour didn’t stop there. Speaking last week in Miami, Florida, Obama appeared to take a certain amount of glee in going after the Sunshine State’s Republican Sen. Marco Rubio. After finishing his riff about Republicans who knew better enabling a toxic political movement, Obama went out of his way to twist the knife just a little bit more.

“How can you call [Trump] a con artist and dangerous and object to all the controversial things he says, and then say, ‘But I’m still gonna vote for him’?” Obama said. “Come on, man. Come on, man! You know what that is, though? It is the height of cynicism. That’s the sign of somebody who will say anything, do anything, pretend to be anybody, just to get elected. And you know what? If you’re willing to be anybody just to be somebody, then you don’t have the leadership that Florida needs in the United States Senate.”

Portman, the Ohio Republican who is running those ads boasting of his work with Obama, also came in for the Obama treatment after withdrawing his support for Trump this month. “But he has supported [Trump] up until last week?” Obama asked at a Democratic Party dinner in Cleveland in early October. “So I guess it was okay when Trump was attacking minorities and suggesting that Mexicans were rapists, Muslims were unpatriotic, and insulting Gold Star moms, making fun of disabled Americans. I guess that didn’t quite tip it over the edge. Why was that okay? And now he says he will vote for the vice presidential nominee instead—except that guy still supports Donald Trump!”

You can hear the exasperation in his voice:

“So if Trump was running around saying I wasn’t born here, they were okay with that as long as it helped them with votes,” he continued. “If some of these folks on talk radio started talking about how I was the anti-Christ, ‘yeah you know, it’s just politics.’ You think I’m joking!”

As an example of how deep into the conspiracy swamps conservatives had gone, Obama mentioned Jade Helm, a training exercise in Texas that triggered right-wing paranoia in 2015. “We did a military exercise—the Pentagon does these periodically—in Texas; suddenly, all of a sudden the folks in Texas were all like, ‘They’re gonna take over right now!'” he said. “I’m serious! And then the senator down there said, ‘Yeah, we better look into that.’ And the governor says, ‘Well, I, you know, I don’t know!’ What do you mean you don’t know! What does that mean? Are—really? You think that like the entire Pentagon said, ‘Oh, really, you want to declare martial law and take over Texas, let’s do it under the guise of routine training missions?'”

The “senator” Obama was referring to was actually a congressman, Rep. Louie Gohmert, but the point stands. The election is personal for Obama. It is not just about his legacy, but about the terms on which his legacy was achieved. And finally he’s got the wind at his back.