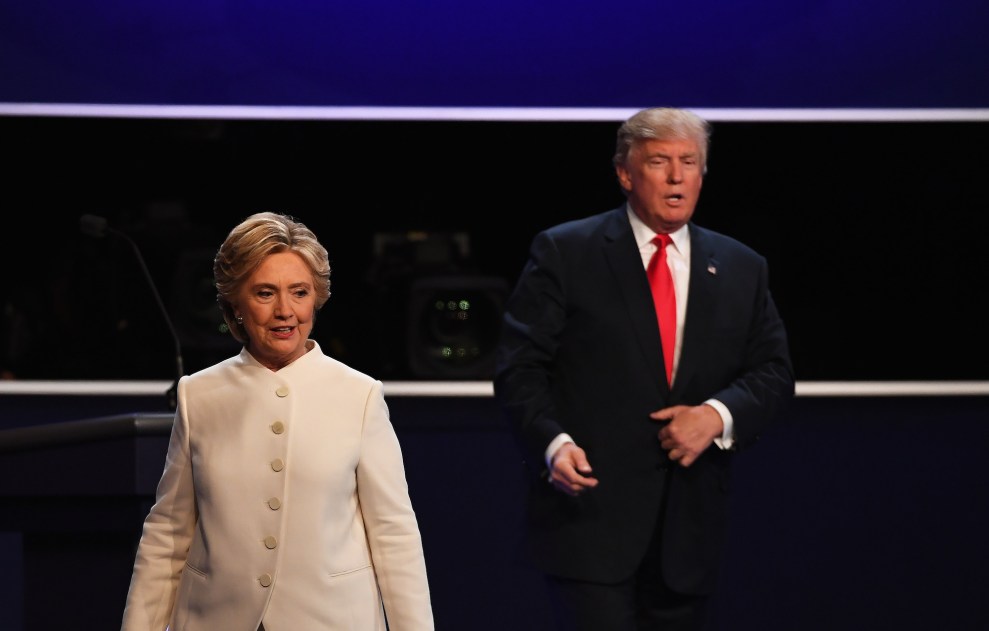 Donald Trump ignited a firestorm of controversy by calling Hillary Clinton a “nasty woman” at the third and final presidential debate. The disparaging remark has since transformed into a rallying point for feminists and Clinton supporters alike.

When pressed by Colmes if the insult was appropriate, the Texas congressman answered, “I’m a genteel southerner.”

“So that means no?” Colmes asked.

“No, I think sometimes a lady needs to be told when she’s being nasty.”

Babin was speaking in generalities, of course, and tried to avoid describing Clinton in those terms. But Colmes kept pressing and Babin finally relented. He agreed Clinton is, in fact, a “nasty woman.”

After all, “sometimes a lady needs to be told when she’s being nasty.”