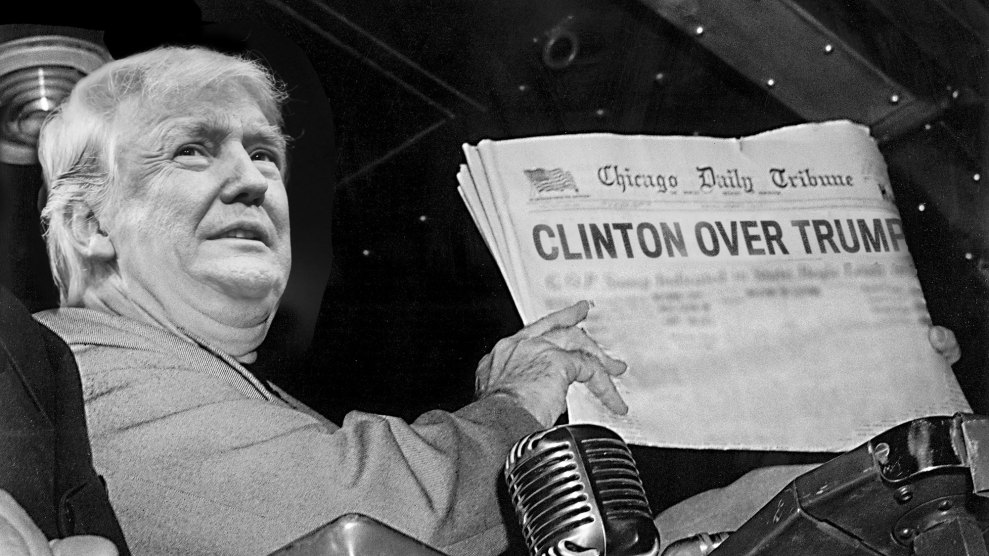 Newspaper endorsements don’t often change many voters’ minds—unless they break with traditional party loyalties and make an unexpected pick. In this race, plenty of papers have done just that, and not in the Republican Party’s favor. With a month to go until Election Day, no major editorial board has endorsed Trump in the general election.

Faced with the prospect of a Trump presidency, some papers that have endorsed Republicans for decades are painting Hillary Clinton as a qualified and steady leader. As the Dallas Morning News, which last endorsed a Democrat before World War II, wrote in its endorsement of Clinton last month, “Her errors are plainly in a different universe than her opponent’s.” Some newspapers are also endorsing much earlier than usual, rather than waiting until the final week or two of the campaign. The Chicago Sun-Times, which reversed its 2012 decision to stop making presidential endorsements, explained in its September endorsement of Clinton, “The best way to avert a train wreck is to wave a warning flag as soon as possible.”

Trump received four endorsements in the primary season, from a small California paper, the New York Post, the conspiracy-peddling National Enquirer, and the New York Observer, which is owned by Donald Trump’s son-in-law and top campaign adviser, Jared Kushner. But he has so far received zero endorsements in the general election. Even Gary Johnson, the zany Libertarian Party candidate who has struggled to answer basic questions about international affairs, has managed three major endorsements.*

Mother Jones is keeping a running tab of general election endorsements by the 100 highest-circulation newspapers in the country. Here they are, alongside the papers’ endorsements in the 2012 contest between President Barack Obama and Mitt Romney. (See below for some of the choice passages from these endorsements about Trump.)

Some papers with a history of endorsing Republicans have not only changed sides in this election, but have rebuked Trump with unusually strong language. Here is a sampling of what these conservative-leaning editorial boards have written about Trump:

Correction: An earlier version of this article misstated the number of endorsements Johnson has earned.