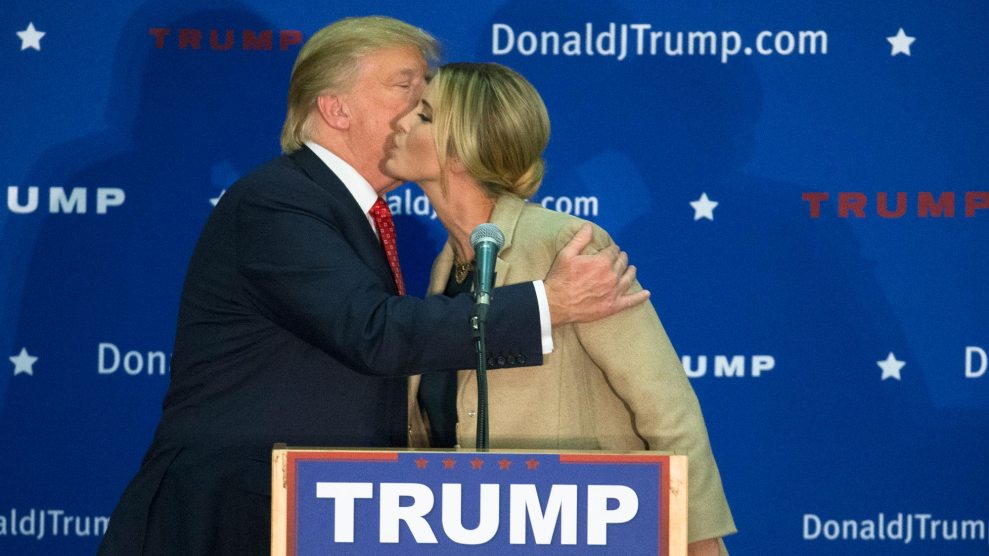 On Saturday afternoon, CNN published several audio clips from the Howard Stern show, of conversations between Donald Trump and Howard Stern. In the freshly rediscovered clips, Trump makes lewd comments about his daughter, Ivanka, and discusses his thoughts on sex with women who are menstruating, sex with black women, threesomes, sex addiction, sex with Miss USA contestants… and more.

Several of the clips feature Trump discussing Ivanka’s physique. In a September 2004 interview, Stern asks Trump if he can refer to Ivanka as “a piece of ass.” Trump says yes. “My daughter is beautiful, Ivanka,” says Trump, and after a bit of back and forth, Stern asks: “Can I say this? A piece of ass,” to which Trump responds with “Yeah.” In an October 2006 interview, when Stern made a comment about Ivanka’s breasts and asked if she had gotten implants, Trump responded with, “She’s actually always been very voluptuous. She’s tall, she’s almost 6 feet tall and she’s been, she’s an amazing beauty.”

Mother Jones and other outlets have previously published clips of Trump making crude comments about women on Stern’s show, including one where he calls Jennifer Lopez’s butt “too fat.” In another, Trump responds to a question from Stern about whether he’d stay with Melania if she was disfigured in a car accident by asking, “How do the breasts look?”

In a 1997 interview clip unearthed by CNN, Stern asks Trump if he’s ever had sex with a menstruating woman. “Donald, seriously, you would not, right, am I correct?” Stern says.

Later in the same interview, Stern asks Trump if he’s “ever had a black woman in bed.” Trump responds by asking Stern what his “definition of black” is. “Interesting, his bed is a rainbow. I like this discussion,” Stern says. “The rainbow coalition, as Rev. Jesse would say,” responds Trump.